The Evil Within | New Release Date and Pre-Order Incentives Announced

Bethesda has announced that The Evil Within will be available in North America on October 21, in Australia on October 23, and throughout Europe on October 24, 2014. Shinji Mikami and his team at Tango Gameworks have asked for additional time to further balance and refine the game in order to deliver the polished, terrifying pure survival horror experience they set out to create. 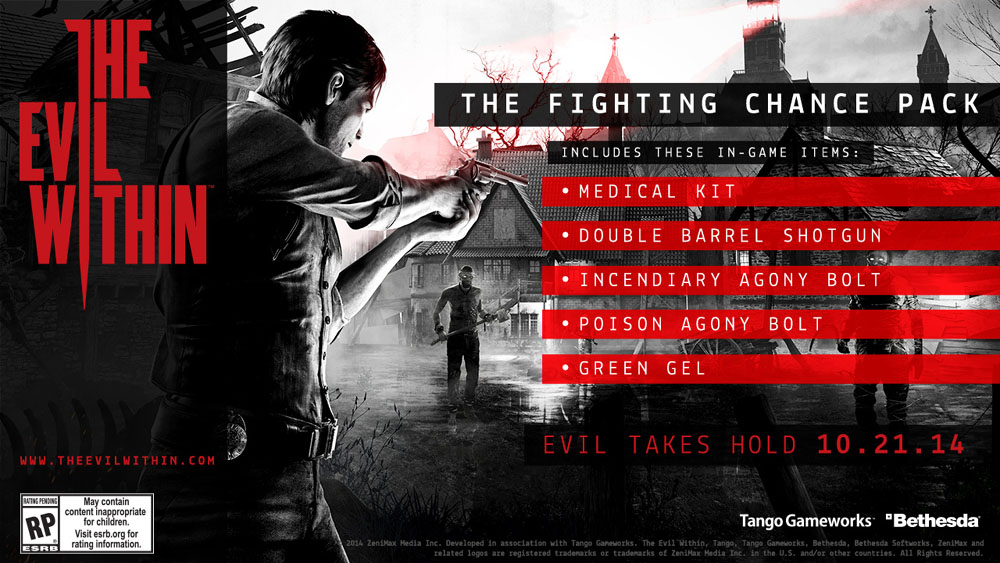 While investigating the scene of a gruesome mass murder, Detective Sebastian Castellanos and his partners encounter a mysterious and powerful force. After seeing the slaughter of fellow officers, Sebastian is ambushed and knocked unconscious. When he awakens, he finds himself in a deranged world where hideous creatures wander among the dead. Facing unimaginable terror, and fighting for survival, Sebastian embarks on a frightening journey to unravel what’s behind this evil force.

The Evil Within has not yet been rated by the ESRB. For more information please visit www.theevilwithin.com.