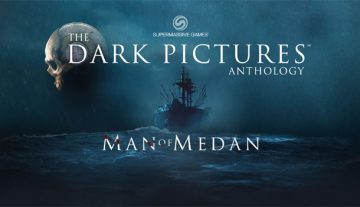 Today, leading video game developer and publisher BANDAI NAMCO Entertainment America Inc. announced that The Dark Pictures Anthology: Man of Medan is now available for subscribers of Xbox Game Pass, giving players a new opportunity to dive into the terrifying cinematic horror of The Dark Pictures Anthology: Man of Medan, which will also be available on Xbox Game Pass for PC later this year.

In Man of Medan, four friends and their inexperienced dive captain set sail on a diving trip, with a rumored WWII wreck to find. As the day unfolds, and a storm rolls in, their trip soon changes into something much more sinister. Who will live? Who will die? The choice is all yours!

To celebrate Man of Medan launching on Xbox Game Pass, BANDAI NAMCO Entertainment America Inc. has released a free Twitch extension that is now available and allows viewers to challenge their survival instinct by voting for choices made by the streamer.