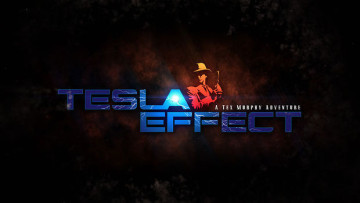 Grab your fedoras and pour yourself a glass of the hard stuff — Tesla Effect: A Tex Murphy Adventure is now available for PC and Mac for $19.99 via Steam, GOG.com, and others. Indulge in your nostalgia!

Tex Murphy is the last of the hard-boiled private detectives living in dystopian post-World War III San Francisco in the year 2050. Tex is an honest and good-natured private investigator with a penchant for bourbon, cigarettes, and getting himself into trouble.

Tesla Effect is a mystery 3D adventure game seamlessly blended with the Tex Murphy franchise’s renowned full-motion video (FMV) scenes with real actors such as June Lockhart, Larry Jones (Soup Nazi) and Kevin Murphy (Mystery Science Theater 3000). You’ll need all your wits about you and a lot of help from Tex’s more competent companions to get to the game’s 5 different endings. Of course, that’s only if you survive long enough to not get your head blown off by C4 chewing gum

Tesla Effect is the product of a successful Kickstarter project funded back in 2012, which ATLUS later joined as publisher. Tex has been out for the count since 1998’s Tex Murphy: Overseer, but don’t worry — he’s back to his old form in Tesla Effect to the delight of old fans of the series and maybe to introduce some of you younger kids to an old-school style of gaming.