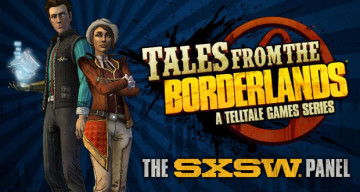 Join the award-winning studios Gearbox Software and Telltale Games as they unveil the first ever details surrounding their new episodic game series, Tales from the Borderlands, premiering for download later this year.

Learn how the two studios came together, see the first glimpses of how this story will be told, and ask your burning questions about what might be in store in this new tale set on the ruthless, greedy, and unpredictable world of Pandora.