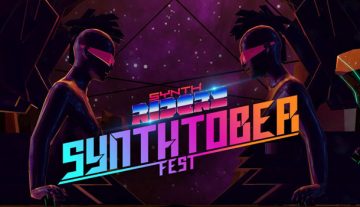 The creators of Synth Riders invite all the players to Synthtober Fest, a month-long celebration packed with events, challenges, and valuable prizes.

Synth Riders is an award-winning VR freestyle-dance action rhythm game with cross-platform multiplayer, and official custom song support. The game officially left Early Access and launched onto Oculus Quest on October 31st, 2019. Developer Kluge Interactive is celebrating this 1st anniversary through the month of “Synthtober”, with numerous treats for players including competition with fan-favorite VR YouTube creators, and over $1100 worth of prizes.

Synthtober Fest kicks off today with a Gleam giveaway offering a chance to win the eagerly-anticipated Oculus Quest 2. Those who want to join in on Synthtober but do not own the game yet can grab it with a more generous than ever 40% discount. Seasoned riders can complete their song library on a budget thanks to price cuts for all DLCs. The discounts are available on Steam until the end of this week only.

During Synthtober Fest, players are invited to join Challenges – weekly mini-tournaments introduced during Facebook Connect with Synth Riders as a day one launch title. Each Wednesday, one fan-favorite VR Youtube creator – Eric for President, Naysy, or HeyFalcon – will host their own featured Challenge. The creators will mark their scores and invite their fans to try to beat them. An $800 prize pool waits for the best and the most persistent riders.

There are even more treats coming during Synthtober Fest. Starting October 8th, players can dance to a brand new free song “Cyberpunk”, a special Synth Riders mix by Extra Terra. The game will also receive an update enhanced specifically for the upgraded features of the Oculus Quest 2. On October 20th, the players will have a chance to diversify their workout with the Perfect Hit VR Bundle including Synth Riders, Eleven: Table Tennis, and The Thrill of the Fight. To conclude Synthtober Fest, on Halloween day the developers will host a “Play with the Devs” anniversary celebration party in multiplayer.

More information about the events, competitions, prizes, and featured Challenges can be found on Synth Riders’ Twitter, Facebook, Discord, and the official site of the festival: https://synthridersvr.com/fest/ 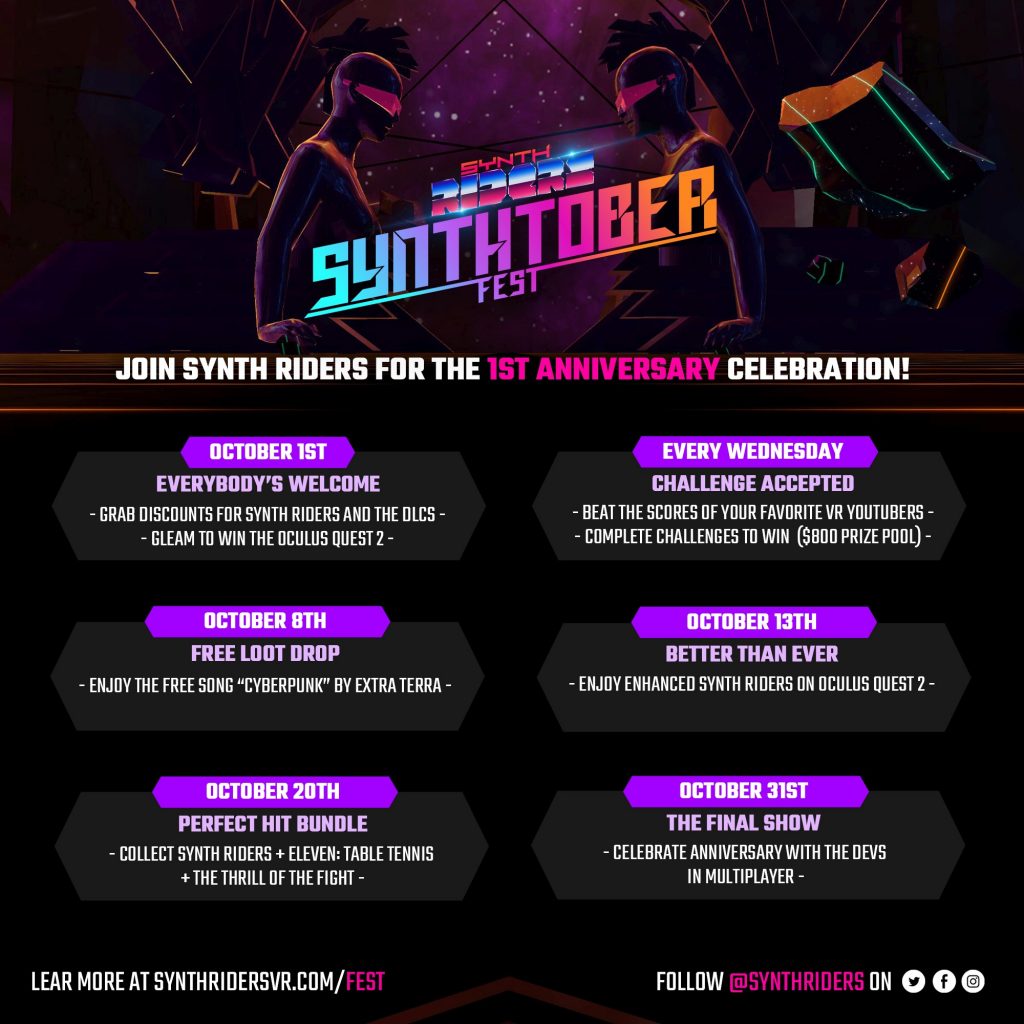