SWORDS of GARGANTUA Launches Globally on Steam and Oculus Store 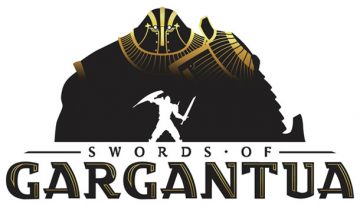 gumi Inc. and Yomuneco Inc. today launched the VR-based action title SWORDS of GARGANTUA for the HTC Vive, Oculus Rift, Windows Mixed Reality and Oculus Quest. Players can test their sword-wielding skills against the mighty Gargantua’s minions. SWORDS of GARGANTUA is now available for purchase of $$$ on Steam and the Oculus Store.

Grab three friends and build a team to fight foes! SWORDS of GARGANTUA is designed for cross-platform co-op play so that players can engage with friends in multiplayer action regardless of head mount display choice. Specifically, for Oculus, SWORDS of GARGANTUA is “cross-buy enabled” such that purchasers of the game on the Oculus Store will be able to play it on either the Oculus Quest or Oculus Rift headsets.

To commemorate the release of SWORDS of GARGANTUA, we’ll have a campaign in which players can earn a special unique Sword! All players who purchase SWORDS of GARGANTUA and launch the game at least once will unlock a special sword at the end of the event. The event will run until Friday, June 21, and the unique sword will be delivered in-game in an update soon after the closing date.

Key Features in SWORDS of GARGANTUA: