It’s late at night and you’ve decided to play your favorite horror game, When Zombies Attack. Within minutes of gameplay, the zombies are after you. They’re getting closer… The action is lit too darkly for you to have a clear view of the proceedings, but you can breathe a little easier knowing you’re armed with bionic hearing, thanks to your trusty surround-sound setup. To your horror, however, you hear the flesh eaters approaching from every corner. You’re surrounded…not just by creatures of the night, but also by terrifying sounds. Luckily for you, this is only a video game, and tranquility is a click of the mute button away. 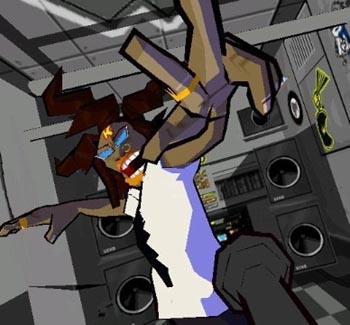 Once reserved for movies, surround sound now plays a prominent role in video games. In fact, some of the same audio technologies enhancing today’s movies are also enhancing today’s games. This means gamers need an audio setup nearly worthy of a home-theater buff to enjoy lively, enveloping sound from games properly encoded in surround sound. More specifically, several specialized speakers and an A/V receiver capable of processing the latest audio standards (Dolby Digital, DTS, and Pro Logic II) are required. In short, television speakers and simulated surround sound no longer cut it, and monaural sound is all but forgotten.

While theater-quality sound can be costly, particularly if one chooses to forgo the budget-friendly “home theater in a box” solution, the results are well worth it. With surround sound, racing games become more thrilling, action games more chaotic, and sports games more dramatic. Hearing stock cars speed up behind you, stray bullets whiz by your head, and rowdy spectators engulf you in noise is pure gaming bliss. Add a subwoofer to the mix and prepare to feel the good vibrations of roaring engines, deadly explosions, and knockout punches.

Beyond supplying wonderful ear candy, surround sound aids interaction, providing distinct, directional sound cues to help players pinpoint enemies and objects on the screen. Navigating a dark corridor filled with monsters or a creepy mansion infested with zombies is a little less unpredictable – though much more unsettling – when you can hear precisely where danger lurks. Well-implemented surround sound can even help combat the ills of a faulty or rigid camera system by keeping players tuned to their virtual surroundings. These types of benefits extend to the online arena. Online gamers equipped with surround sound have an edge while hunting down their prey during deathmatches. Simply put, three-dimensional sound brings intensity and a greater sense of immersion to the gaming experience, be it online or off.

Of course, not all games feature surround sound, nor does every surround-enabled game use the technology effectively. But the current trend sees game developers going the extra mile to make the aural experience as compelling as the visual one. Many of last year’s biggest releases – Grand Theft Auto: Vice City on PS2, Metroid Prime on GameCube, and Tom Clancy’s Splinter Cell on Xbox, to name a few – supported some form of surround sound, and the high-profile titles of 2003 have been following suit. Moreover, Dolby Laboratories, the leader in surround sound, is committed to helping game development studios enrich their games with spatial audio.

In an industry heavily preoccupied with visuals, it’s always refreshing to see advances in other areas, especially those serving to heighten immersion. Unquestionably, game audio has advanced considerably since the days of Pong and Space Invaders, when a single speaker was sufficient for pumping out simple beeps and blips. Those beeps and blips have blossomed into realistic sound effects and complex musical scores, while the number of available audio channels has multiplied.

Surround sound is still relatively new to gaming, so gamers are just now discovering what moviegoers and DVD enthusiasts have been enjoying for years. As game designers become more familiar with surround-sound technology, it won’t be long before surround sound in video games truly rivals that of blockbuster movies.