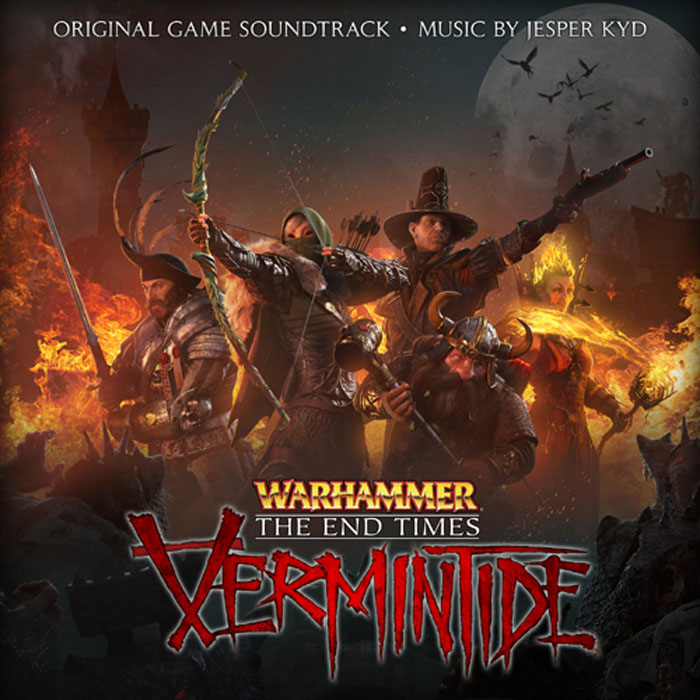 SUMTHING ELSE MUSIC WORKS TO RELEASE

“It’s a dynamic, raw and violent score that belongs to Vermintide’s dark medieval setting,” says Jesper Kyd. “We wanted the score to sound like it was performed by a Skaven band on acoustic instruments mangled by some mad Skaven scientist in the dark ages. It’s very different from anything I have written in the past.”

Kyd also mixed the score’s visceral tracks with more traditional folk music, performed by a three-piece band in an old English-style pub, the Red Moon Inn, to give contrast to the intense combat experience and Skaven music, and to further define the historical period of Vermintide’s world.

Developed by independent games studio Fatshark in Sweden, Warhammer: The End Times – Vermintide is a co-operative action first person shooter and melee combat adventure set in the End Times of the iconic Warhammer fantasy universe. Vermintide is available on PlayStation 4, Xbox One and PC.

For more information on Sumthing Else Music Works and its complete catalog of video game soundtracks, visit www.sumthing.com, like us at Facebook.com/SumthingElseMusicWorks and follow us on Twitter @sumthingdigital.