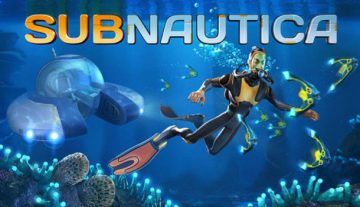 Subnautica and Subnautica: Below Zero are built in partnership with Shiny Shoe, independent game
development studio, and Unity Professional Services at Unity Technologies, creator of the world’s leading real-time 3D development platform. Both games are expected to release on Nintendo Switch in 2021.

More than 7 million players have explored Subnautica since the Windows PC & Mac launch, which was well-received with an 87 metascore on Metacritc. Subnautica: Below Zero launched into Early Access in 2019 and currently has a 93% positive rating on Steam.

Subnautica invites players to descend into the depths of an alien underwater world filled with wonder and peril. Explorers can craft equipment, interact with wildlife and pilot watercraft to explore coral reefs, volcanoes and caves, all while trying to survive.

Subnautica: Below Zero, set after the original Subnautica, challenges players to survive the ice biomes on Planet 4546B. Craft tools, scavenge for supplies, and unravel the next chapter in the Subnautica story.

For additional details on Subnautica and Subnautica: Below Zero, please visit: https://unknownworlds.com/subnautica/.