Styx: Master of Shadows, the goblin scales the heights in screenshots!

Styx: Master of Shadows, the stealth game developed by Cyanide Studio, is now unveiling a series of exclusive imagesup to E3 in Los Angeles next week, where it will be presented at Focus Home Interactive’s booth! 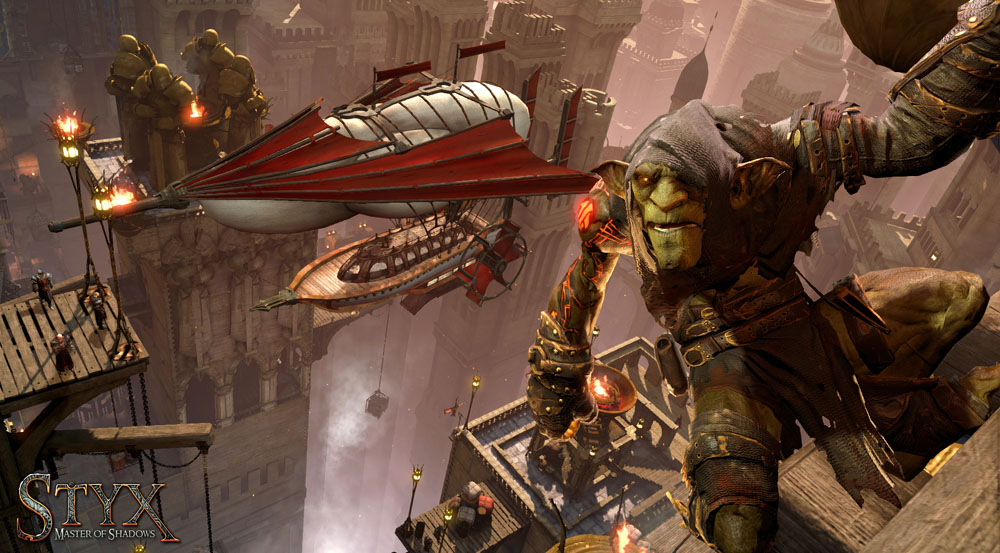 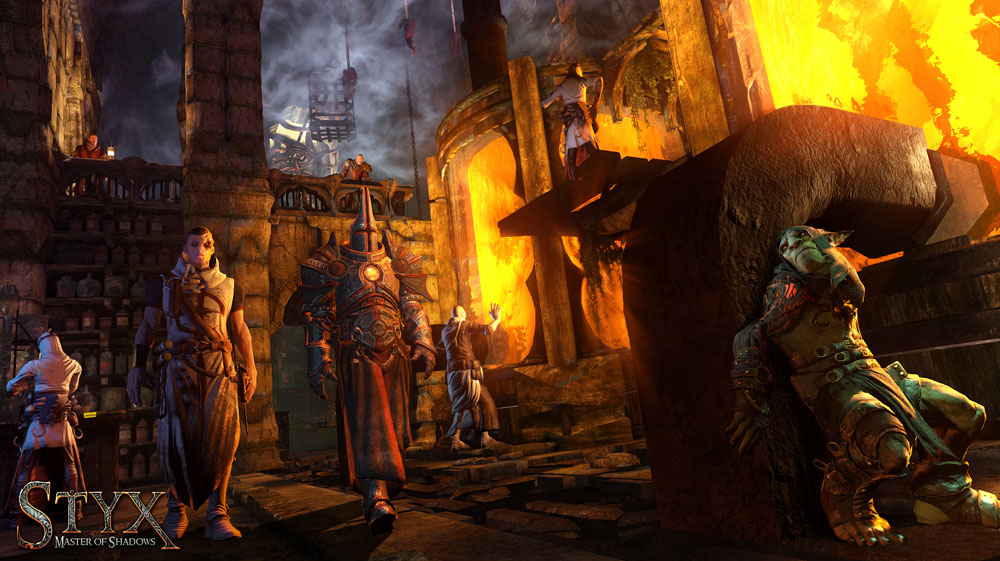 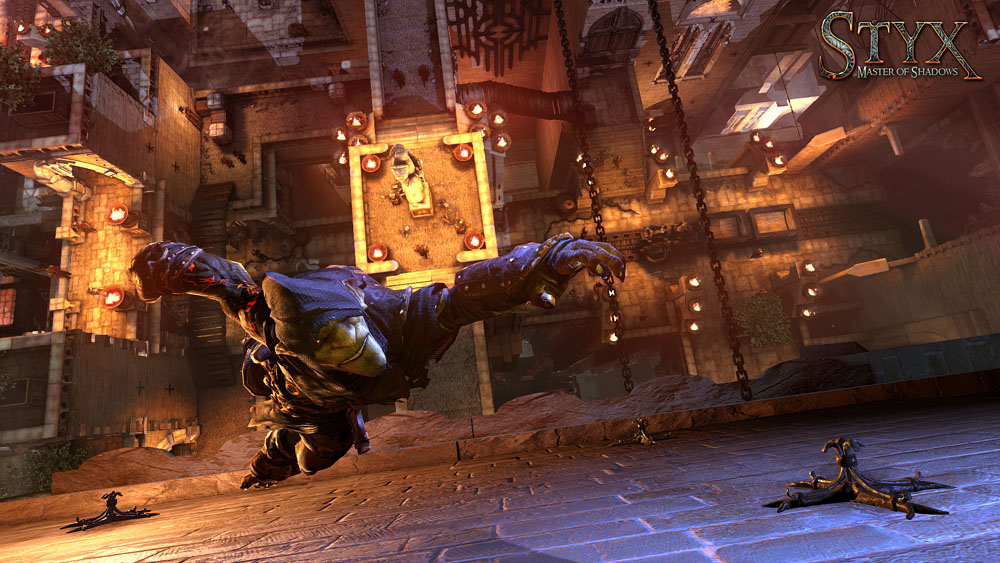 Styx, the goblin assassin, is climbing his way up the Tower of Akenash. From the murky, oppressive depths of the tower to the opulent and magnificent summits where the elite guards and the citizens of the tower reside, Styx will have to work hard to reach his objective: The Tree, the source of the Amber, the promise of infinite riches he would like to possess. Master assassin and part-time thief, Styx will be able to remove any objects hampering his progress: but don’t leave any clues behind that could betray your presence to the guards… like a lifeless body in a walkway!

But not only humans and elves inhabit the Tower of Akenash; other fantastic creatures also roam the gloomy halls and passages of this immense tower, and it’s generally wise to avoid them. if you don’t want to end up as dinner for a hungry Orc!

About Styx: Master of Shadows

Styx: Master of Shadows is an infiltration game with RPG elements developed by Cyanide Studio for PC. Styx is a Goblin two centuries old… the very first of all the Goblins, he’s a master in the arts of stealth, theft, and murder. The depths of the miles-high Tower of Akenash, where Humans and Elves hide and protect the Tree, the source of the Amber, are the best chance Styx has of quickly amassing a small fortune and, perhaps, discover more about his true origins along the way.

Battle your way to the top of the lofty Tower of Akenash through immense and vertiginous levels that highlight the vertical perspective. You will complete numerous missions with various objectives as you climb up – murder, information recovery, theft of precious artifacts, etc – and gradually reconstruct the puzzle that provides the key to the mystery of your origins. The levels are open and the objectives can be completed in various ways: you are therefore free to choose the best way to proceed and the most suitable strategy to employ to achieve and complete your mission objectives. But remember you’re a Goblin: if your target is twice your size, or more, you’re better off eliminating them silently. and in the back!

The premises of the Tower of Akenash are protected by many: Humans of course, but also Elves whose science of magic cannot be overlooked, huge Orcs who have been victims of (more or less) successful experiments, but also other, stranger creatures. Guards, soldiers and other protectors of the Tower will adapt their behavior dynamically, depending on your actions: you better keep a low profile and prepare your plan of action beforehand. Study the guard patrols closely, use areas of light and shadow to your advantage, lure your target to a secluded area to assassinate him silently, or arrange “accidents” to remain undetected!

Styx: Master of Shadows also includes game mechanics right out of RPG, so as you gain experience you will unlock new skills, special and impressive moves and new and lethal weapons in 6 talent trees! You will also acquire extraordinary powers from the Amber flowing from the Source Tree which will help you out of a tight spot, make you invisible to the eyes of your enemies and which you can use to generate “disposable” clones of yourself! Explore every inch of the levels and not only will you uncover clues about your past but also, and more importantly, valuable treasure that you can steal from under the noses and beards of the guards in the Tower of Akenash!