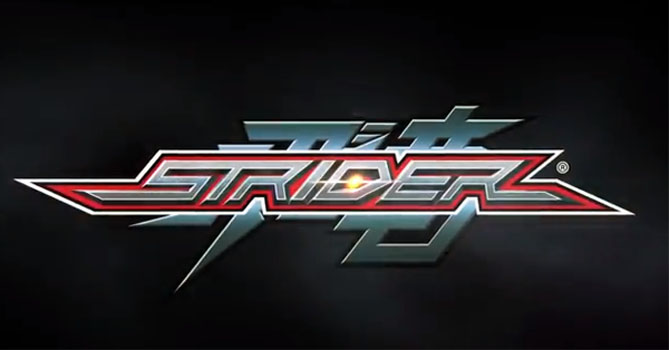 The original assassin returns as Strider officially releases across North America today as a $14.99 digital download title on PSN (PlayStation 4, PlayStation 3), with versions on Xbox Live (Xbox One, Xbox 360) and PC (Steam) available on February 19.

Strider features the same franchise hallmarks of fluid, lightning quick side scrolling combat and free-flowing traversal through the expansive interconnected metropolis of Kazakh City. Perform breakneck acrobatic jumps and mid-air flips while slicing through Strider’s varied enemy types with Hiryu’s indestructible ‘Cypher’, a plasma charged weapon that can take on a number of properties. Alternatively, use the climb sickle to gain the high ground, and hit enemies with a surprise Kunai attack or call on support companions for some extra muscle when the going gets tough. Strider is developed by Double Helix Games, in conjunction with Capcom.

Once players have mastered the art of performing breakneck acrobatic jumps, mid-air flips and sliced their way through hundreds of enemies there’s plenty more fun for the ultimate ninja hero to have. Players can put their skills to the test in Beacon Run – a “speed run” race style mode that gives players a white-knuckled experience challenging them to hit consecutive checkpoints while slicing through enemies in the shortest amount of time. Survival Mode tests players’ combat skills with a variety of different item and ability load outs, as waves of progressively difficult and diverse enemies converge on Strider Hiryu.