I arrive in Texas the week after all the musicians have left town, or just rolled up the blankets and finally gotten to sleep, and the crisp seems an equally welcome respite to me after the swelter of Florida. I’m not here chasing the next musical wave or trying for the smooth vibrations of Hollywood buzz. No, here I’m after more ephemeral prey. Chasing the ever expanding field of pixels and time spent in front of them that any MMO chair jockey knows so well. New content.

It’s the one thing that makes all those hours of jumping around the auction house and grinding dailies seem worthwhile. Suddenly it’s like adventure exists again rather than the slow wear of normal digital life. Your Cheetos seem oranger, the Mt. Dew just that much sweeter.

As I sat in the cab from the airport, low Ethiopian music coming from an expensive stereo and an enthusiastic cabby talking over it, I wasn’t really watching the surprisingly green hills roll by, I was wondering how it would feel when my Juggernaut set his boots on Makeb. Would it be like that first time I walked out onto the dusty rocks of Korriban? I wouldn’t find out that night, but I would find the best gas station BBQ imaginable and ice cream with vodka in it, so it wasn’t a completely wasted evening.

The next morning, I’m collected with a bedraggled, and generally bearded and bespectacled, lot and lead to. . . a building. Somewhat nondescript it looks like all the other one-story office space spread around; corporate normal and forgettable. Not what you’d expect from a company that takes you to a galaxy far, far away, but then dreams usually come in plain packages too (unless they have a good marketing department).

Once inside, I had to get past security, which was intimidating but turned out to be mostly for show. After that. . . pictures were discouraged, at least of all the interesting things. I could have snapped shots of all the murals of concept art for Old Republic, or the old TSR books that lined a shelf in the break area, or the internal leaderboard posted, but they would have seemed tame. Not the intrusion of reality that we were, but merely recorded things from the world we know so well. The most interesting picture I can’t tell you about though is. . . well I can’t tell you about it. Not because I’ve been sworn to secrecy, but because it was a painting much like the others, only wrapped closely in white paper like a neatly stored steak in butcher paper.

The setting we were finally led to was just a conference room. Sure there were stations set up for all of us with grinning helmets or scowling faces (the Sith are not a happy people), but those were windows which we wouldn’t get to pass through until first facing the Information. 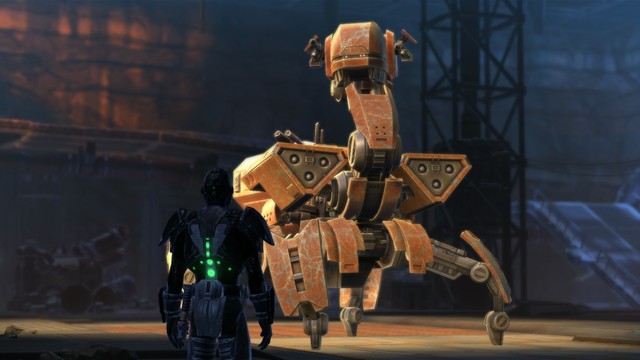 The Information was disbursed through some obviously passionate presentations by Jeff Hickman and Bruce Maclean (who shall from here on out be referred to as Darth Angral, mostly because it’s on his office door). What you want to know? April 14th is the launch date, but those who pre-ordered early enough get access on the 9th. It’s being sold for $9.99 if you’re a subscriber, or $19.99 if you’re free to play. Makeb, the new planet, will have it’s own unique plot for both the Empire and the Republic, and level cap will be raised to 55. The expansion will also introduce Seeker Droids and Macro Binoculars, new daily quests, new crafting quests, and new gear sets. In addition to the launch of Rise of the Hutt Cartel, patch 2.0 will also be released on April 14th. The “Scum and Villiany” update will have new operation content, as well as a Legacy Achievement system and armor set bonuses will be tied to mods rather than the actual piece of armor.

After all of that wrapped up in the neat bow of skillfully planned and executed marketing speeches, a video that you all have probably seen by now, and I was finally getting out into the Galaxy again. Fortunately I was fortified with a level 50 character with insane gear and had a tag team partner in the form of another journalist riding Operative to my Marauder.

We logged in and after a little briefing drop down to Makeb. It was. . . well it was a new planet. What stood out wasn’t the visuals, because honestly Bioware has done a very good job unifying it’s look, so Makeb doesn’t really look “new”. It looks like a planet in the Galaxy, not like Taris or Hoth or Corellia, but like the same civilizations that touch those other planets also inhabits this one. What’s more interesting is how close Makeb is compared to all the other planets. Pathways tend to be hemmed in by towering spires of rock or steep drops. It’s a vertical planet whereas the rest of the Old Republic tends to exist on vast plains and wide valleys punctuated by the occasional spike of a mountain. This tightness is carried through everything I played. The side quests were fewer and more focused. There weren’t any distracting jaunts to level appropriate Flashpoints. It was just a straight run through, facilitated by two people stomping on single player content. 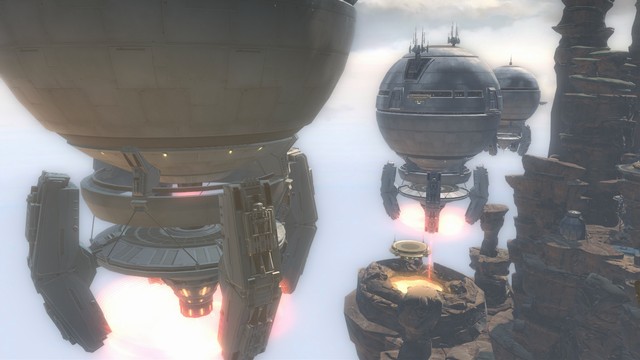 Despite the speed with which we cleared content (I made 51 in under three hours and while we didn’t quite clear a four-man heroic, there were teams who did), I could see how single player this expansion would amount to the advertised 35 hours of content. Especially when you include the Macro Binocular and Seeker Droid quests. Areas are much more restricted so avoiding fights becomes a more creative activity, but despite this it doesn’t feel like you’re being herded anywhere. Bioware has also gotten sneakier with mob placement and difficulty. While you can still clear groups of enemies and feel like the heroic character that is typical of Star Wars, the enemies have gotten stronger. . . and sneakier.

I would go into the plot, but really, it’s a bit forgettable. At least from the Empire side. Blah, blah, secret element that will give ultimate power, blah blah, Hutts, etc. etc. What makes Rise stand out is it’s continued use of excellent characterization through dialogue, superb voice acting and an inclusive return to form in “flirting”. Since launch, Old Republic has done what no other MMO is capable of doing, which is create a visceral connection with your character through interaction in the world. Not only this, NPCs create their own character through voice, word choice and responses to your dialogue.

Rise of the Hutt Cartel delivers on this just as well as the original, giving you snappy choices and equally witty retorts. What stood out most though was something missing from the original release. Any veteran of Bioware games will know that other titles included the possibility of same sex relationships with companion characters (most notoriously Mass Effect, or possibly Dragon Age 2), but not so in Old Republic. While they haven’t gone back to revisit companion characters, in Rise you do have the ability to chose “flirt” conversation options, regardless of the sex of characters. 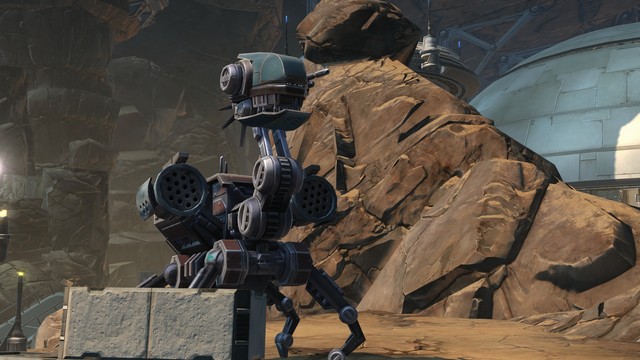 Aside from Makeb, Rise adds two galaxy spanning quest lines. One using the Seeker Droid and the other using Macro Binoculars. Both amount to variations on the idea of a scavenger hunt. The Seeker Droid allows you to search for “seeds” that have been spread across specific planets. The droid will search where you click, and if you don’t find anything will give you a color and direction indicator to show you how close you are to the “seed”. It’s basically a poke around in the dirt until you find something among a bunch of nasty critters. More interesting is the Macro Binocular quest line. It involves tracking a shadowy super-spy by finding his listening posts scattered across the galaxy. Aside from not involving hours of hunting and pecking like a chicken in the dirt, the Macro Binocular quests also add more traditional platform game content (there is a laser grid jumping puzzle, be glad they are fixing it).

All this content does come with a bit of a downside. There are no class specific quests in Rise of the Hutt Cartel, and the word from the Darth Angral is that there really aren’t any plans to create more class quest lines. From here on, it’s faction only. The good news about this is that even though there is less individualized class content, Bioware has shifted to a schedule of more frequent, smaller updates to content rather than waiting for a large “sequel” equivalent expansion. So rather than looking at another $60 every year or so, the expansions for Old Republic will be $20 and honestly provide quite equivalent content. 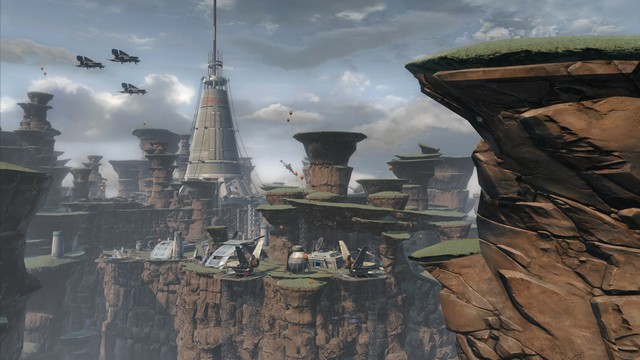 Ultimately, Rise of the Hutt Cartel isn’t groundbreaking, but it does provide an expanded universe to play in, with higher levels, respecced talent trees and all the accoutrement expected from an MMO expansion. It’s worth every penny considering other game content prices and the time most people sink into these games.

Oh, and before I go a couple words from the sit-down I had with the aforementioned Dark Lord. One, he didn’t say when, but the Cathar are coming. Two? He doesn’t know where the cookies are either.   Fortunately there are plenty of places in Austin to get some. 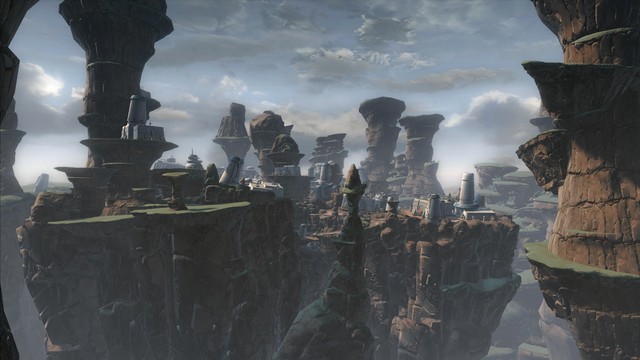 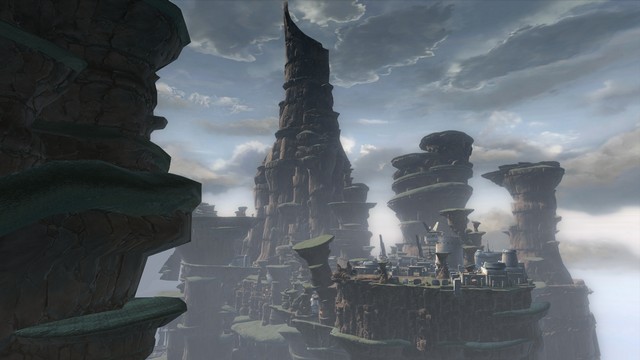 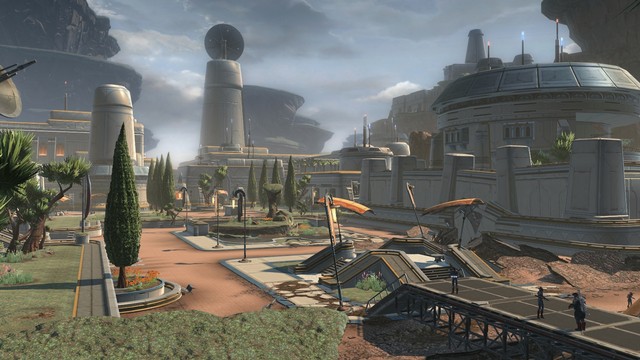 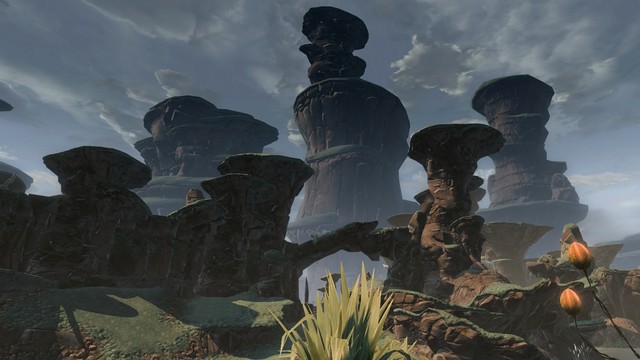 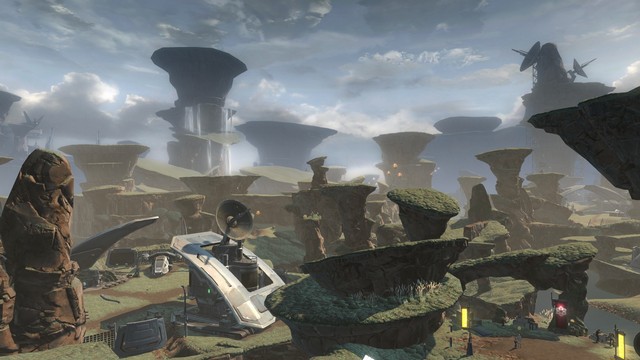 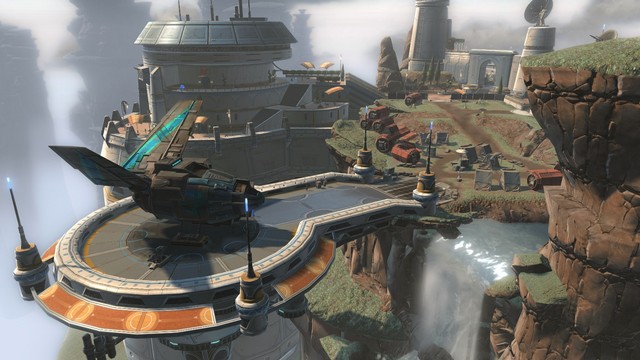 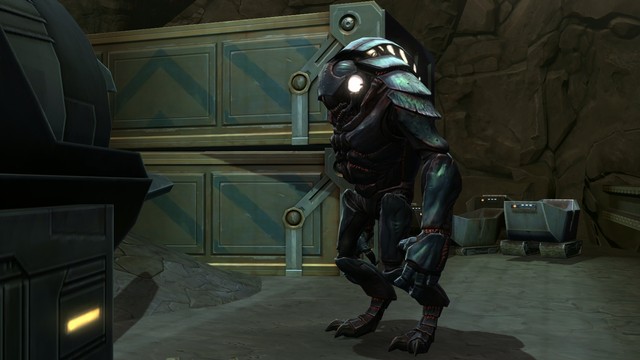 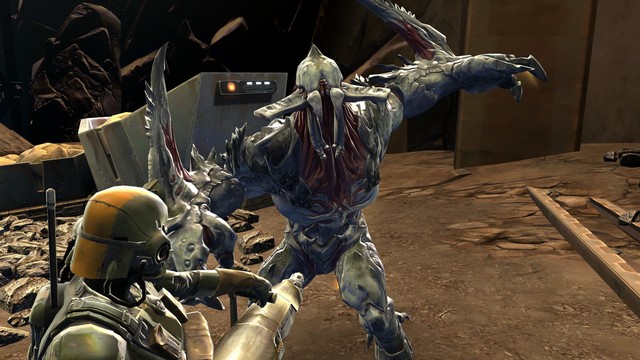 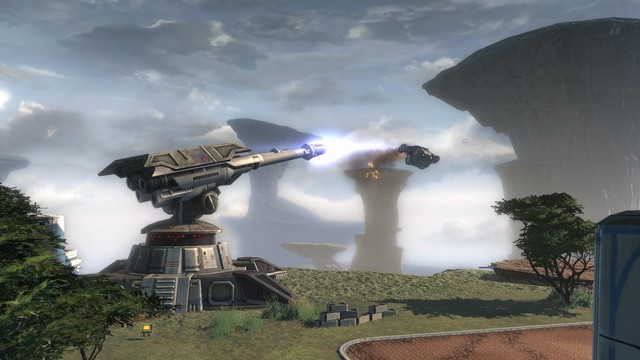 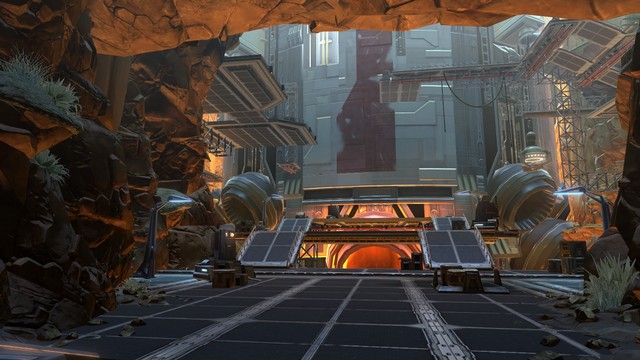 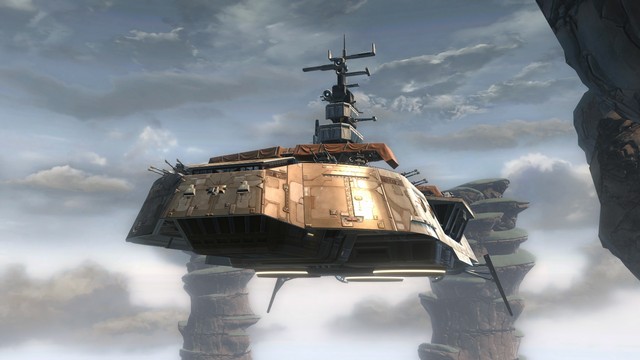 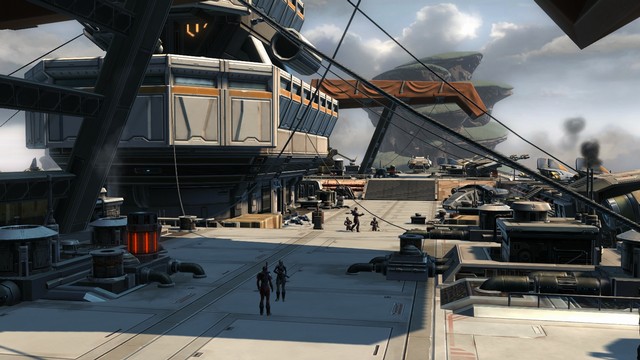 I've been an avid gamer since I stumbled upon ZORK running in my local Radio Shack in 1980. Ten years later I was working for Sierra Online. Since then I've owned nearly every game system and most of the games to go with them. Not sure if 40 years of gaming qualifies me to write reviews, but I do it anyway.
You might also like
Game PreviewsLive Event Coverage