As a thank you to their fans, Zen Studios has decided that the new Star Wars™ Pinball: Heroes Within pack will include 4 tables instead of 3, and remain the same price as the previous packs. The new Heroes Within pack will be available for download starting April 29th in time for May the Fourth celebrations, for $9.99 in North America and €9.99 in Europe on PlayStation 4, PlayStation 3, PS Vita, Xbox 360 and Steam. Individual tables will be available for download on iOS, Google Play and Amazon for $1.99 each. 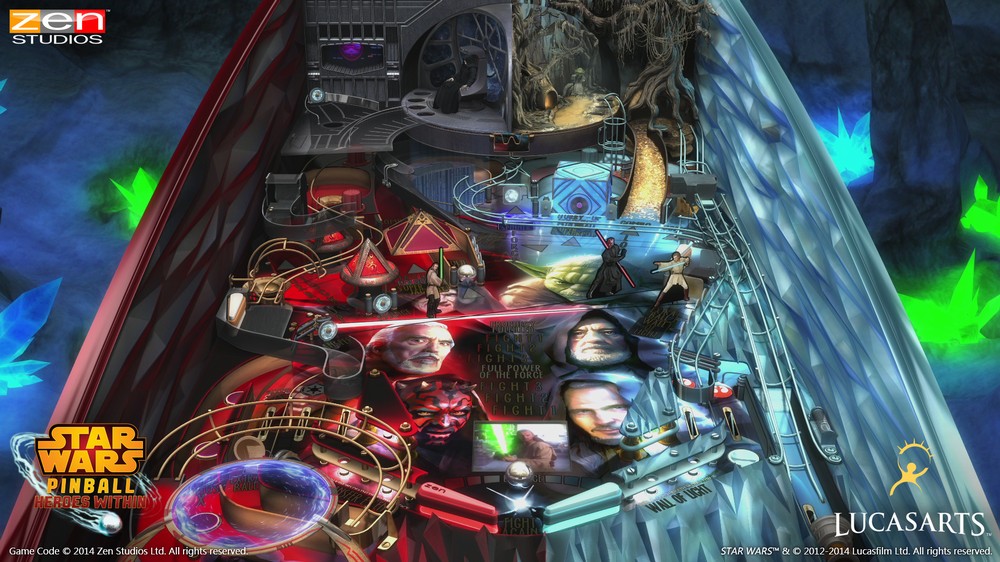 “The past two years of Star Wars Pinball development have been tremendously rewarding. Masters of the Force™ feels like the culmination of all that we have learned, and we are truly moved by this experience to create an epic finale to the series.”

May the Force Be With You.