Star Wars: Attack of the Games

Well, the new Star Wars movie, Attack of the Clones is now in theaters, and George Lucas has managed to regain the respect of the disappointed fans left muttering outside the theater after the 1999 release of Phantom Menace. The question on every gamer’s mind now is, “Can he work the same magic on his games?”

It seems that for every popular movie made there are at least one or two terrible spin-offs in the gaming industry. Star Wars is no exception. In fact, Star Wars and Star Trek are responsible for more bad games than any other license. I think we all remember sub-standard games like “The Phantom Menace ” adventure game, the horrible RTS game, Force Commander, or the recently released Obi Wan game that disappointed almost everyone who had been waiting for it.

With a new movie comes new material for game designers to draw from. Some developers didn’t even wait for the movie to release, as you can play several scenes from Attack of Clones in the recently released Jedi Starfighter game. The Jedi Starfighter even makes a prominent appearance in the film, although no Force powers are used during flight.

LucasArts has announced three titles that will draw from the Star Wars license and expand upon the characters and events portrayed in this newest film. One game will even take you back to a time where both good and evil Jedi numbered in the thousands.

The first of these games carries the name that I always thought Episode II should have had. We first heard about the Clone Wars in A New Hope. Now, LucasArts and Pandemic Studios will let you experience these amazing battles in Star Wars: The Clone Wars for the PlayStation 2 and GameCube systems.

The events of Episode II are just the start of the galaxy-spanning conflict. Count Dooku and his Confederacy of Independent Systems are waging war against the Republic, and it’s up to Jedi leaders commanding battalions of troopers to stop their efforts. The Separatists are on the verge of assembling an ancient Sith weapon, and Anakin Skywalker, Obi-Wan Kenobi and Mace Windu – three player-controlled Jedi – must intervene. 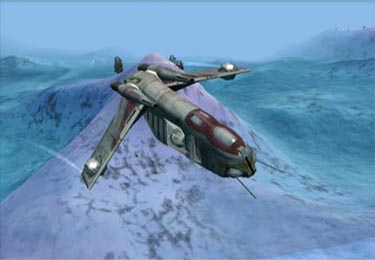 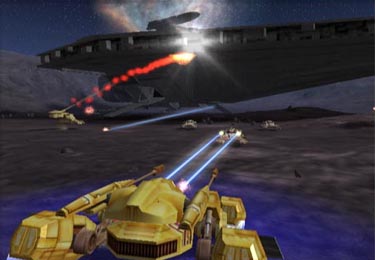 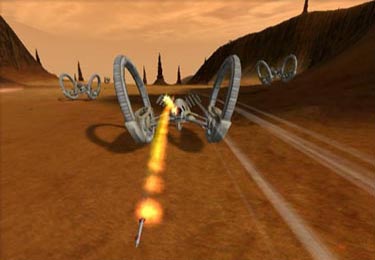 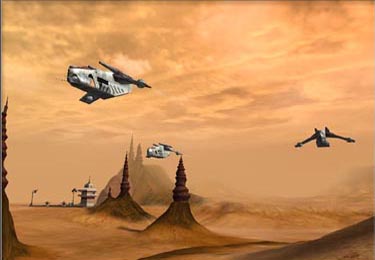 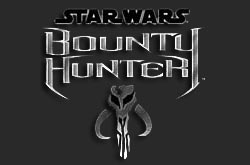 The next big title is being created due to the popularity of a character that George himself never dreamed would become as popular as he has. Ever since Empire Strikes Back, Boba Fett has achieved unprecedented attention and a surprisingly large fan base considering his minor appearances in both Episodes V and VI. And while Star Wars Bounty Hunter doesn’t deal with the ultra cool Boba per se, it does follow the bounty hunting adventures of Jango Fett, the source DNA for the Republic’s clone army and even Boba himself.

Inspired by events between Episodes I and II, Star Wars Bounty Hunter presents an original third-person action game experience that sheds light on some of Jango Fett’s mysterious background.

Gameplay stretches across six worlds and 18 levels as Jango faces crime lords, corrupt politicians, hostile aliens and a threat from his shadowed past. True to Fett fashion, Jango is armed with a veritable arsenal of personal weapons and gear, including his dual blaster pistols, flamethrower, missiles and jet pack. Check out these screenshots: 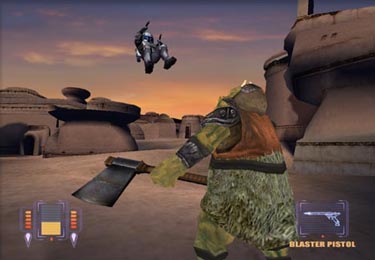 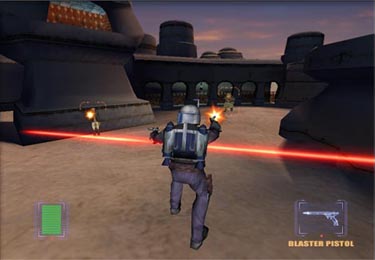 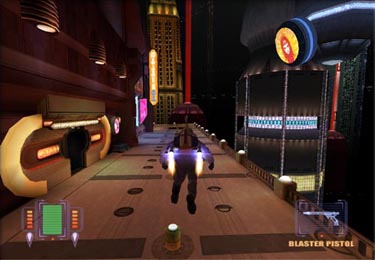 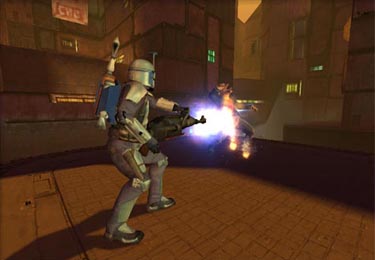 Star Wars Bounty Hunter is scheduled for release this fall for the PlayStation 2 and GameCube systems.

The third game on the slate for 2002 is not really based on the events of Episode II, but rather on events that take place nearly 4,000 years prior. Star Wars: Knights of the Old Republic is a role-playing game that takes place in a time when both Jedi and Sith number in the thousands. Your journey will span ten different worlds (including Tatooine, Korriban, Dantooine and Kashyyyk) and incorporate fast-paced elements including swoop chases and weapon-fire.

This game is still in the very early stages of developement, and will be coming to the Xbox this fall and to the PC next spring. Check out these screenshots: 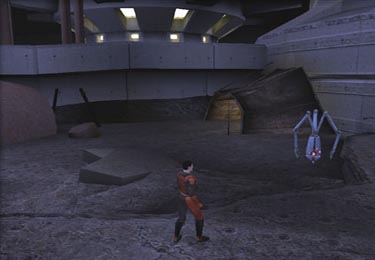 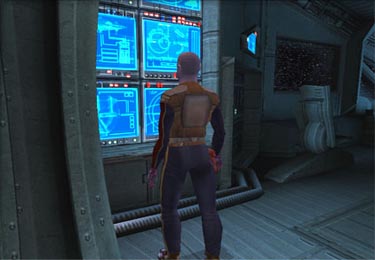 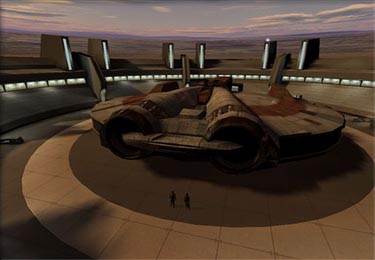 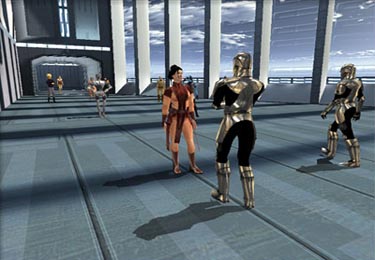 If these games turn out half as good as they appear to be in this early stage of design, then Lucas may be restoring our faith in the Star Wars license in gaming as well as in the theater. Look for more extended coverage on all of these titles, including more screenshots, previews, and reviews as more information is made available to us.

May the Force Be With You…