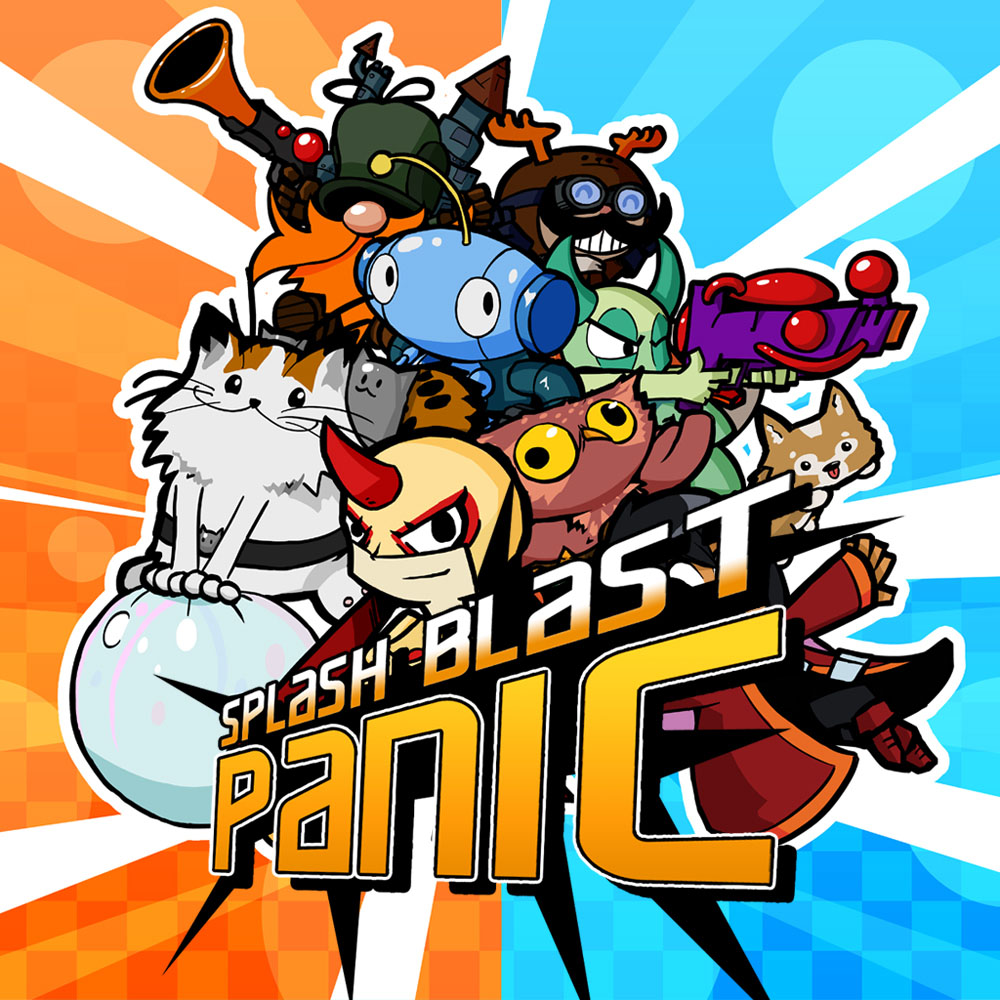 Independent game publisher Digital Smash is thrilled to release Splash Blast Panic on the Nintendo Switch. Developed by Team KwaKwa, SBP arrives on the Nintendo eShop today. Beginning on October 4th, 2018, the game will be 10% off the retail price of $14.99 for launch week across North America.

Splash Blast Panic, was created by Swiss developer Team KwaKwa, and features fast paced and frenetic game play. An action brawler in the style of Super Smash Bros. that the whole family can enjoy!

SPLASH BLAST PANIC is a competitive party fighting game where you dash, fly and shoot your opponents with a water pistol, mixing precision flight controls and a vast array of items and power ups. Inspired by old arcade titles, as well as, newer competitive party games, ruin all your friendships in a variety of stage which may or may not have various level of gimmicks that could backhand you if you’re not careful, or tell that person you always despised your true feelings with water bomb launchers, bubble prisons, water gun sentries, reflective shields and more! Power ups can turn the tables and snatch victory from defeat!

Digital Smash’s President, David Klein said: “So many developers grow up playing on Nintendo. We’re proud to be a resource and enable them to live their dream by being on Switch. There’s a lot of creativity and hard work that goes into developing games, and that kind of indie talent deserves to be showcased and shared with the world. That’s why we support fun games like Splash Blast Panic.”