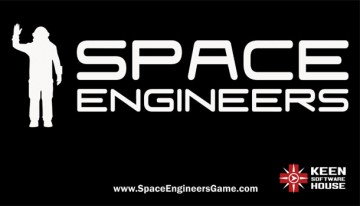 Independent developer Keen Software House has announced that their  space-based sandbox game, Space Engineers, which has become a viral hit on PC via Steam Early Access, will be released for Xbox One, the all-in-one games and entertainment system from Microsoft, via the ID@Xbox self-publishing program. The game will be exclusive on Xbox One for twelve months and will retain its trademark open-ended creative and survival gameplay. The news was first announced live during the Xbox news briefing at Gamescom 2014.

Space Engineers offers a robust platform for creative gamers to build and maintain space stations and ships in a single or multi-player environment. Offering both Survival and Creative modes, as well as resource management, multiplayer, and even combat, the limits of what can be built and played are only bound by the player’s own creativity.   “We are really excited to introduce Space Engineers to an all new audience on Xbox One and provide gamers from around the world the same open-ended creative environment that has enamored PC gamers,” said Marek Rosa, CEO and Founder, Keen Software House. “With the power of Xbox One, we will be able to offer all of our features with amazing multiplayer options. We expect the Xbox community to unleash amazing creations and astounding worlds that we can’t even imagine.”

Space Engineers is a sandbox game about engineering, construction and maintenance of space works. Players are placed in an asteroid field to build and pilot space ships and space stations and create the outer space world of their dreams. Players can gather resources from neighboring asteroids, build complex machineries and weaponry, or construct massive space vessels. Featuring both single- and multi-player modes, as well as both Creative and Survival modes, there is nearly no end to what can be built, what can be played, and what can be explored.

Space Engineers utilizes Keen Software House’s proprietary VRAGE 2.0 engine, which offers a realistic volumetric-based physics environment. All objects can be assembled, disassembled, damaged and destroyed. For more information, please visit the game’s official web site at http://www.spaceengineersgame.com/ or connect with other players and the development team at https://www.facebook.com/SpaceEngineers.

I've been an avid gamer since I stumbled upon ZORK running in my local Radio Shack in 1980. Ten years later I was working for Sierra Online. Since then I've owned nearly every game system and most of the games to go with them. Not sure if 40 years of gaming qualifies me to write reviews, but I do it anyway.
You might also like
Gaming NewsLive Event CoverageVideo Game TrailersXbox One