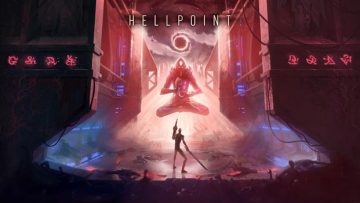 The dark Sci-Fi Hellpoint from developer Cradle Games and publisher tinyBuild will launch on PlayStation 5 and Xbox Series X/S in 2021. The enhanced version will include support for higher framerates and resolutions, faster loading times, and a choice of two visual modes:

Next-gen owners won’t have to wait until next year to experience Hellpoint on PS5 and Xbox Series S/X. Thanks to the backward compatibility, Hellpoint will run better on the new consoles when they launch: a new ‘unlock framerate’ option will be added with a patch.

For existing and future owners of PS4 and Xbox One versions, the upgrade to PS5 and Xbox Series X/S versions will be free.

Hellpoint is set in the aftermath of a massive quantum cataclysm called the Merge. You wake up on board the Irid Novo space station, a beacon of galactic cooperation and scientific exploration gone horribly wrong. What happens next will be solely determined by your choices.

I've been an avid gamer since I stumbled upon ZORK running in my local Radio Shack in 1980. Ten years later I was working for Sierra Online. Since then I've owned nearly every game system and most of the games to go with them. Not sure if 40 years of gaming qualifies me to write reviews, but I do it anyway.
You might also like
Gaming NewsPlayStation 5Xbox One