Sniper Elite 3 Shoots Back At History with Save Churchill: Part 1 DLC and Season Pass 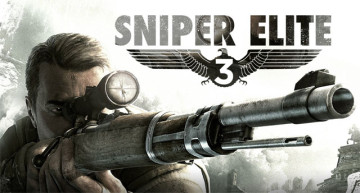 505 Games and Rebellion today announced the availability of new Sniper Elite 3 downloadable content (DLC) for console with Save Churchill: Part 1 – In Shadows, the first mission in an epic three part DLC campaign to save the British Prime Minister.  The Patriots Weapons Pack and Season Pass are also available to maximize your sniping experience.  With new encounters, new weapons and new unit types … these missions are going to feel very different and should not be missed.

Set after the events of Sniper Elite 3, Save Churchill follows OSS sniper Karl Fairburne in his attempts to uncover and prevent a Nazi assassination attempt on the British Prime Minister in the run up to the famous Casablanca Conference of 1943.

Save Churchill: Part 1 – In Shadows is set in an atmospheric night time re-imagining of the shadowy city of Siwa.  The following two and three parts of the DLC campaign will reveal the new North African environments in development and will blow you away – including the largest level ever created in the series’ history.  The Save Churchill: Part 1 mission is available on PSN and Xbox Marketplace for $7.99.

While the Season Pass will satisfy the needs of the ultimate Sniper Elite 3 fan and includes Hunt The Grey Wolf DLC, Hunter Weapons, Camo Weapons and Outfits Pack, Save Churchill: Part 1/2/3 along with Patriot Weapons, Axis Weapons, Eastern Front Weapons and Sniper Weapons Packs.  The Season Pass is available on PSN and Xbox Marketplace for $29.99.