Sherlock Holmes: The Devil’s Daughter Available Now in the Americas for PS4 and XB1 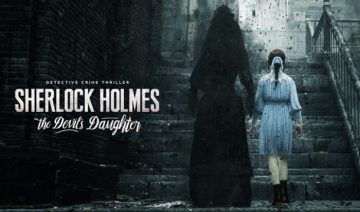 Developed by Frogwares Games, Sherlock Holmes: The Devil’s Daughter delivers a unique single-player adventure game experience with players taking the role of the greatest detective in history, Sherlock Holmes. Using Holmes’ remarkable powers of observation, deduction, and his exceptional photographic memory, players explore the streets of Victorian London to track down and interrogate subjects. In this all-new adventure, Holmes and Watson must unravel five different mysteries ranging from a series of disappearances in the heart of Whitechapel to uncovering a mysterious Mayan treasure. Sherlock Holmes: The Devil’s Daughter blends exploration, investigation, and action to create thrilling experiences. Each mystery’s twists and turns are impacted by the player’s choices and actions. As players progress through the game they will slowly discover that Holmes is plagued by a looming threat over 221B Baker Street that could jeopardize the safety of Katelyn, his adoptive daughter. The dark forces behind this mysterious threat may prove to be the great detective’s undoing.

“Collaborating with BANDAI NAMCO Entertainment America Inc. on the distribution of Sherlock Holmes: The Devil’s Daughter in North America is a great pleasure and an amazing experience.” said Benoît Clerc, Head of Software Group at Bigben Interactive. “We hope gamers in the Americas capture the essence and mystery of Sherlock Holmes and enjoy the hard work of the Frogwares team. Everyone at Bigben and Frogwares has been working together to give our best to ensure the game’s success.”

Sherlock Holmes: The Devil’s Daughter is rated “T” for Teen by the ESRB. The game is available for purchase now in the Americas (except Argentina and Brazil) for the PlayStation®4 computer entertainment system and Xbox One®. The game is also available on STEAM® for PC. To learn more about Sherlock Holmes: The Devil’s Daughter please visit: http://sherlockholmes-games.com/.