Witness the return of Sauron’s army to Mordor, the attack on the Black Gate and the origins behind Talion’s quest for vengeance in the Official Middle-earth: Shadow of Mordor Story Trailer – Banished from Death.

Fans who pre-order Middle-earth: Shadow of Mordor will get access at the game’s launch to The Dark Ranger exclusive bonus pack. Available at all participating retailers, the pack will provide exclusive content and challenges for players including: 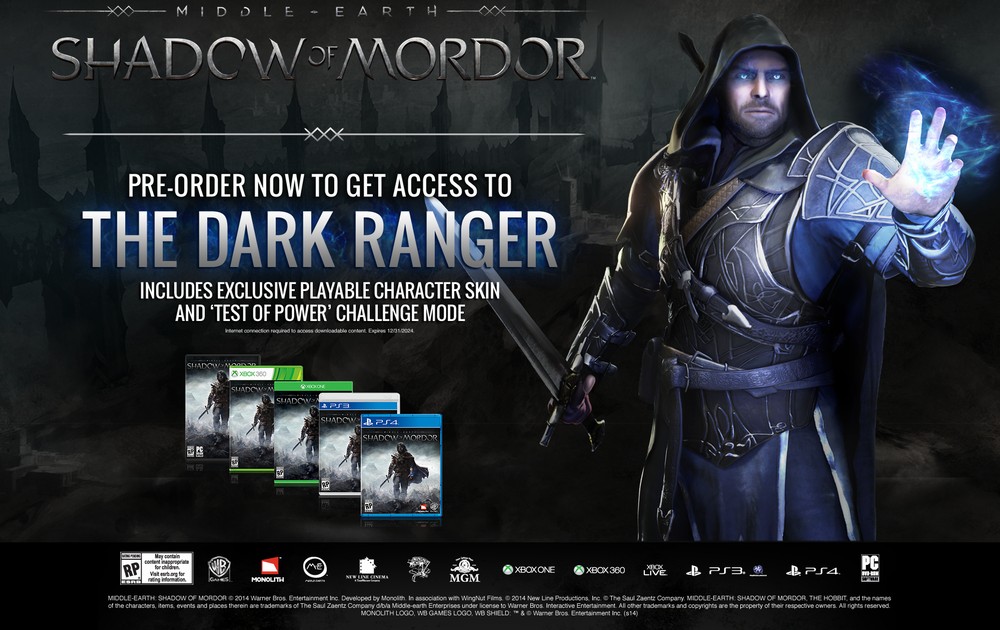 The Palantir app, which is available on the Apple Story here, will sync with game assets and the final game, to reveal additional layers of information, insights and fan-authored content, creating a unique second-screen experience. Enable Palantir’s sync mode while the Official Middle-earth: Shadow of Mordor Story Trailer – Banished from Death plays to try it out.

Middle-earth: Shadow of Mordor will be available on October 7, 2014 on PlayStation 4, Xbox One, PlayStation 3, Xbox 360 and Windows PC.