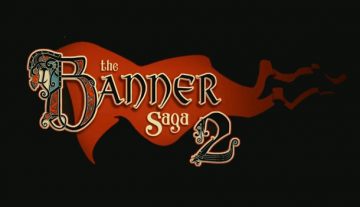 Stoic, an independent game development company, and Versus Evil, one of the leading independent video game publishers, today announced that Banner Saga 2 officially launched on Xbox One into the Games with Gold! program.  As a bonus, Xbox One gamers will all get an exclusive passive ability boost, the Tome of X, a book of catalogued pastimes, competition, puzzles. This item will be automatically unlocked in the game and can be equipped when a player’s character reaches the required level.

Banner Saga for Xbox One launched earlier this year in April and was the first release of a planned three part saga.  This story driven tactical RPG puts players in some tough situations throughout their epic journey and forces them to make some very hard and sometimes devastating decisions.  For those gamers that played the first Banner Saga game, these choices will carry over into Banner Saga 2. However, gamers new to the series can jump right into Banner Saga 2 without being penalized for not playing the first game and will be given some basic character options at the start of the game with which they can start their journey.

As previously announced, the game for PlayStation®4 computer entertainment system will launch next week on July 5th and PlayStation®Plus members will be able to get 10% off Banner Saga 2 and 30% off the Banner Saga 1 and 2 complete pack.

Banner Saga 2 released in April this year on PC and Mac where it received excellent reviews across the board – to celebrate the launch the team released an accolades trailer which can be viewed here:

The original game, Banner Saga, launched to much critical acclaim and has received several awards and nominations, including winner of the 2014 Geekie Awards for “Best Video Game”, winner of 2014 Game Developers Choice: “Best Debut” award, finalist placement for “Excellence in Visual Arts” category at the Independent Game Festival, 3 BAFTA Award Nominations, and winner of Pocket Gamer’s 2015 Best Adventure/RPG Game and Best Android Game of the Year. The sequel, Banner Saga 2 for PC is available now through most digital retailers including Steam: http://store.steampowered.com/app/281640/

11 people like this
Gaming News, Video Game Trailers, Xbox One