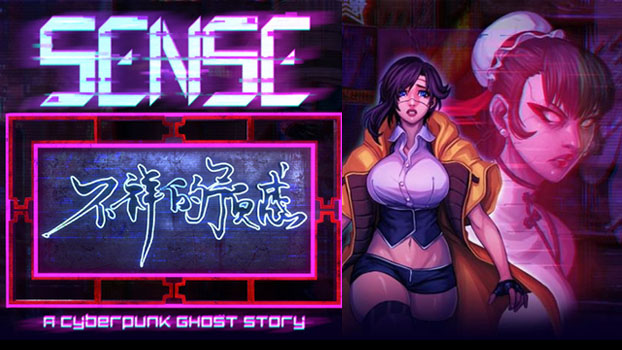 After being successfully funded 600% on Kickstarter in 2018, Sense – 不祥的预感: A Cyberpunk Ghost Story, is finally out on Steam today! The game is a mix of Chinese traditional folklore and cyberpunk themes and aims for a true horror experience that favors an overwhelming sense of dread and oppression over jump scares.

Drawing inspiration from the likes of Clock Tower and Fatal Frame, Sense takes place in Neo Hong Kong, 2083, and follows the story of a young woman named Mei-Lin Mak who is dragged into a maelstrom of supernatural horror. In order to escape the nightmare, she must piece together the stories of 14 lost souls and discover the truth about her own family curse. All on a backdrop of a city of scars and secrets, of neon lights and riot drones, tradition, and technology.

Sense features deep survival horror and exploration-based gameplay complemented by partial voice acting, puzzle-solving, and intricate secrets and exploration. The game is playable in English, Simplified Chinese, Traditional Chinese, Japanese, and Russian, and is accompanied by a haunting and moving soundtrack by Andy Andi Han (Synergia, Katawa Shoujo) that merges together the worlds of cyberpunk, oriental music, and John Carpenter.

Sense – 不祥的预感: A Cyberpunk Ghost Story is out today on Steam for $19.99 USD /  €16.79 with a 10% discount over the first week. PS4, Xbox One, PS Vita, and Nintendo Switch versions are scheduled to launch this fall.