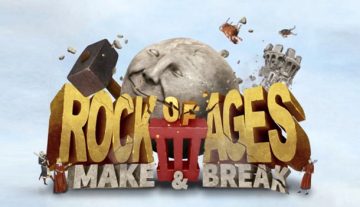 “Due to current events, Rock of Ages 3 will be launching seven weeks later than originally announced,” said Shane Bierwith,” EVP of Modus Games. “We regret having to make fans wait, but we want to make sure the final release meets the expectations of our players.”

Rock of Ages 3: Make & Break is an incomparable blend of tower defense-style base designing and swift, arcade-paced demolition via guidable boulder. The action is backed by a hilarious reimagining of history across an inventive campaign and distinctive game modes. Debuting the series’ first-ever stage creator, Rock of Ages 3: Make & Break allows players to craft and share their dream experiences while enjoying challenges made by other players in the community.

To roll up the latest updates on Rock of Ages 3: Make & Break, plow into the game’s official site (www.RockofAges3.com), follow Modus Games on Twitter (@modus_games) and Discord (https://discordapp.com/invite/modus), and add the game to your Steam wishlist (https://store.steampowered.com/app/1101360/Rock_of_Ages_3_Make__Break/).