Robot Squad Simulator X, which lets you become the commander of an elite tactical robot unit, is now available on Xbox One. The game, published by Ultimate Games S.A., was released digitally on May 1st this year. The publisher has also confirmed that the company is preparing more releases for Xbox One. The list includes Ultimate Fishing Simulator, Demolish & Build, Car Mechanic Simulator Classic and Bug Academy.

Robot Squad Simulator X is being published by Ultimate Games S.A., a Polish company that was also responsible for converting the PC version to Nintendo Switch last year. The digital distribution launch (Microsoft Store) has been set to May 1st 2020.

Robot Squad Simulator X is a game developed on the basis of a simulator created by the Bit Golem studio, which was previously released on PC. The player becomes the commander of an elite squad of tactical robots, dealing with tasks in extremely challenging and dangerous conditions. The only way to complete these tasks is to use specialized, remotely controlled robots.

The players can expect 8 training and 16 story missions. The available mission types include rescue, spy and military assignments. In Robot Squad Simulator X, you can use 4 different robots (2 terrestrial, 1 aerial and 1 underwater model). Each of them can be upgraded and equipped with additional accessories. 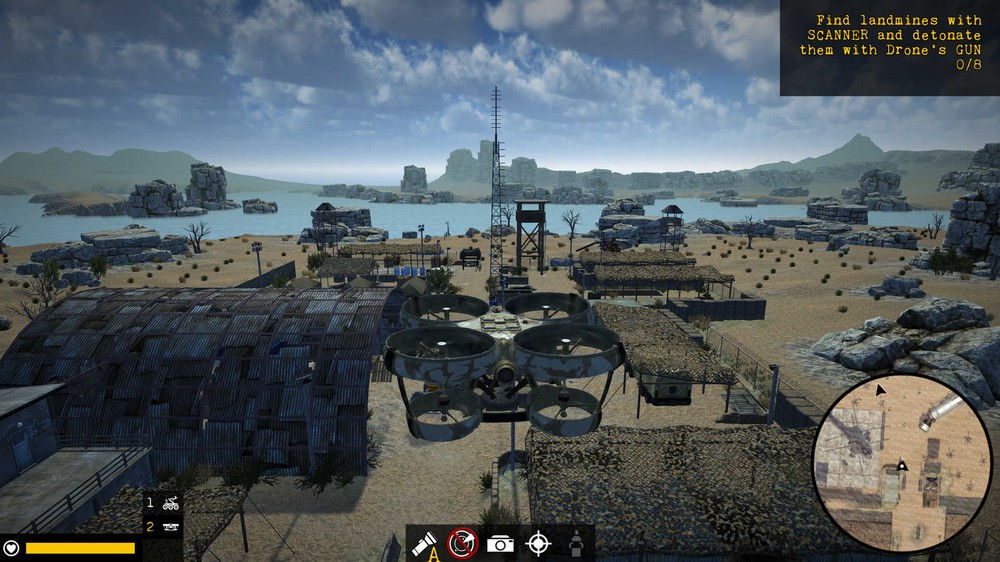 “Robot Squad Simulator X is another title, after Selma and the Wisp, that we’re releasing on Xbox One. The game is based on a simulator known from PC and, naturally, it has been properly adapted to the specific features of Microsoft devices. We are also currently working on other interesting proposals for Xbox One owners” – said Mateusz Zawadzki, CEO at Ultimate Games S.A.

The publishing plan of Ultimate Games S.A. for the coming months includes more Xbox One releases. The list mainly consists of popular simulators (Ultimate Fishing Simulator, Demolish & Build and Car Mechanic Simulator Classic), but it also features a highly acclaimed action game – Bug Academy. The exact Xbox One release dates for these games will be announced at a later date.

3 people like this
Gaming News, Video Game Trailers, Xbox One

Martha Is Dead Confirmed for PlayStation 5 in 2021

DARQ: COMPLETE EDITION IS CREEPING ONTO XBOX ONE, PS4 & PC ON DECEMBER 4