Fans of the popular Adult Swim series, Rick and Morty can head to retail stores today to pick up Rick and Morty: Virtual Rick-ality for PlayStation®VR, now available at North American retailers for $29.99. A limited Collector’s Edition is also in stores for $49.99, featuring a copy of the game, a “Weaponized Rick” Funko Pop! vinyl figure (with one in six purchases featuring a limited Chase variant) and an exclusive double-sided poster featuring Rick and Morty comic book cover art. 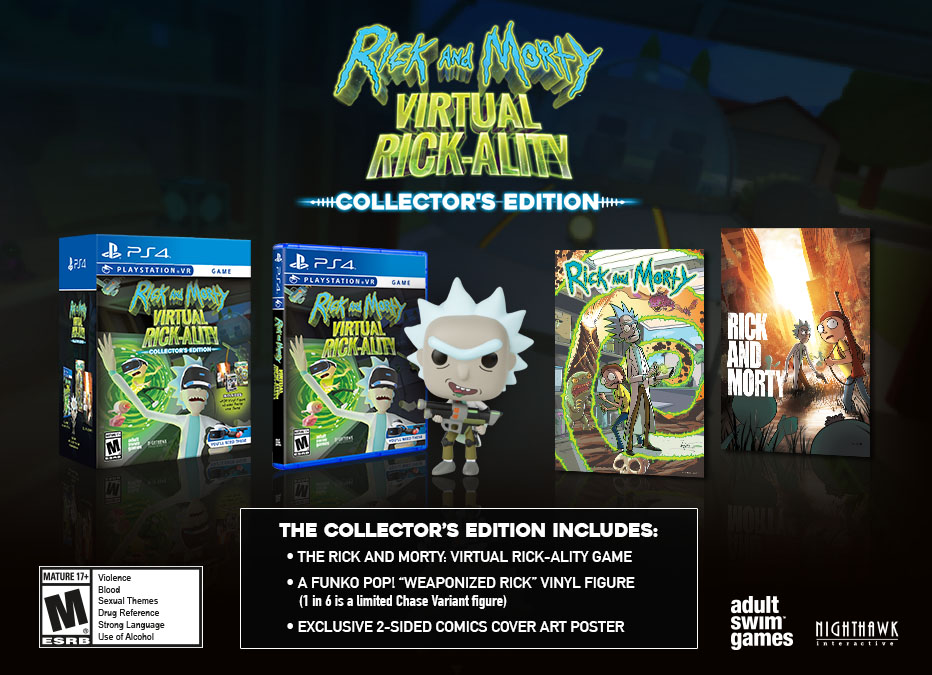 Key Features of the game include:

Rick and Morty: Virtual Rick-ality is published by Adult Swim Games and developed by Owlchemy Labs. Nighthawk Interactive is distributing it at retail. Other Ocean Group is responsible for the PlayStation®VR version. The game is rated M for crude humor, fantasy violence and strong language.