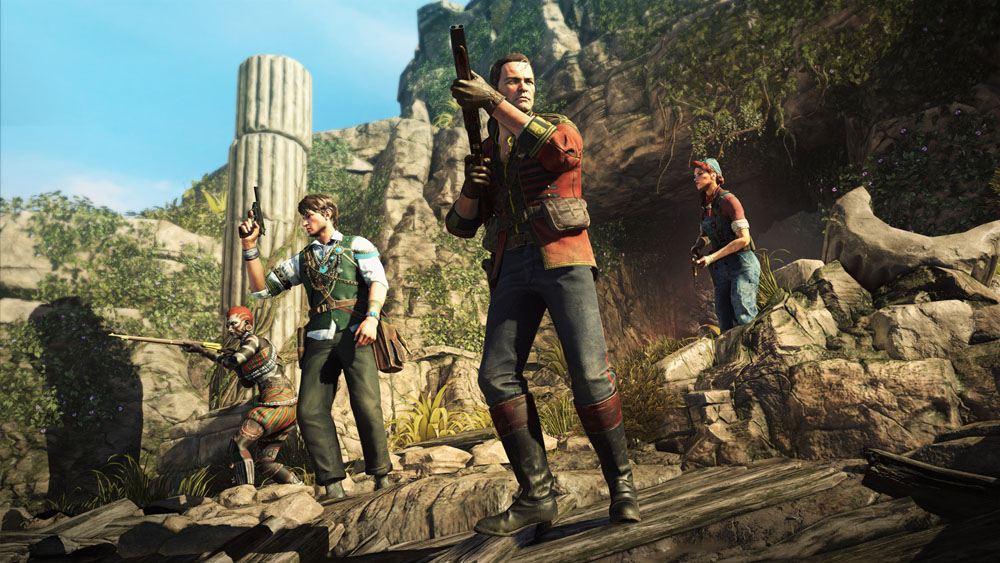 Rebellion, creators of Sniper Elite 4 and Zombie Army Trilogy, are delighted to present a rip-roaring, third-person 1930s adventure full of peril, mystery and derring-do…  Join the STRANGE BRIGADE™ and embark on an exotic safari into danger for 1-4 players, coming soon to a PlayStation 4, Xbox One and PC near you!

There are remote corners of the British Empire where the supernatural lurks and the shadows linger, where few dare go and fewer return. In STRANGE BRIGADE™ you’ll encounter fantastic and forgotten civilizations shrouded in mystery, uncover treacherous tombs and test your wits against unfathomable foes.

You’ll explore the ancient world as one of four dashing explorers, each blessed with their own weapons, tactics, and special superhuman powers. You’ll fight back-to-back against a terrifying army of mythological menaces, unleashed by no less than a resurrected Egyptian witch queen! With such ungodly evil afoot, the STRANGE BRIGADE™ needs YOU!

Adventure awaits… but for now, keep your peepers peeled for gameplay and more at E3 2017!