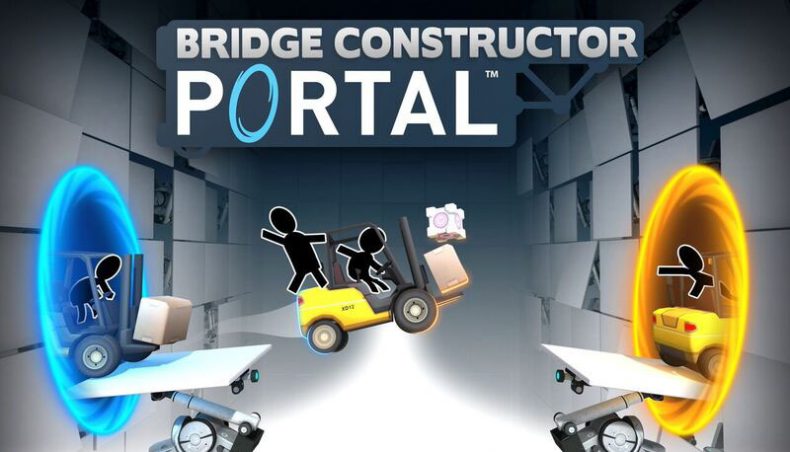 “Welcome back, testing is available.”

Headup Games proudly announces the imminent release of Bridge Constructor Portal for all major current console systems. Following the release on PC and mobile systems end of last year, the unique puzzle game is now also being released for Nintendo Switch, Xbox One and PlayStation®4.  On Xbox One, buyers of the new game will also receive the classical Bridge Constructor game for free in the next two weeks. Well ain’t that a treat…

Bridge Constructor Portal blends the laws of structural engineering and technology straight from Aperture Laboratories into an exciting new game experience. The game is available for Nintendo Switch, PlayStation™4 and Xbox One as well as PC and Mobile devices (Android and iOS).

As a new employee in the Aperture Science test lab, it’s your job to build bridges, ramps, slides, and other constructions in 60 test chambers and get the Bendies safely across the finish line in their vehicles.

Make use of the many Portal gadgets, like portals, propulsion gel, repulsion gel, aerial faith plates, cubes, and more to bypass the sentry turrets, acid pools and laser barriers, solve switch puzzles, and make it through the test chambers unscathed.

Let Ellen McLain, the original voice of GLaDOS, guide you through the tutorial, and learn all the tips and tricks that make a true Aperture Science employee.

The bridge is a lie!