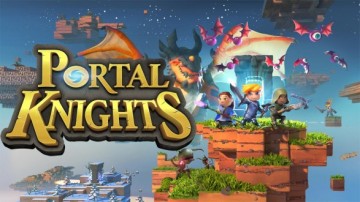 As 505 Games’ sandbox action-adventure Portal Knights continues its surging Early Access Period on Steam, developer Keen Games is not keeping their eggs in one basket as they announced the first larger content update to the game that adds new blocks, items, fixes and a special Easter event that will run from today through April 10.

In this latest update, Keen Games has added a number of Easter Eggs – literally. Across the grass-themed realms of Portal Knights, Easter Eggs will spawn that players can destroy to obtain smaller eggs. These eggs can be used to craft a Golden Easter Egg trophy as an in-game achievement.

In addition to the ovate updates, the Easter event sees the introduction of six new sets of armor for low-level and end-game players.  Players now also have access to the hoe, which is used to transform dirt blocks into fertile soil, enabling plants to grow three times as fast.

Other additions/tweaks to Portal Knights include: