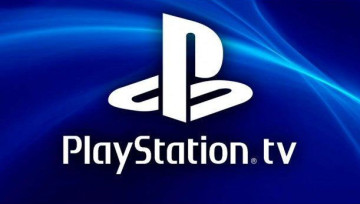 Sony Computer Entertainment Inc. (SCEI) today introduced PlayStation®TV (PS TV), an affordable entertainment system that will enable users to easily enjoy various game content and PlayStation®4 (PS4TM) remote play on their TV at home. PS TV will come in “Black,” and will be available in North America, Europe and the PAL region this Fall at a recommended retail price (RRP) of just $ 99, € 99 for a standalone system. In addition, a bundle that includes a wireless controller (DUALSHOCK®3), 8GB memory card, and The LEGO® Movie Videogame from Warner Bros. Interactive Entertainment will be available at $139.99 in North America.

This product was released in Japan and other Asian regions as PlayStation®Vita TV (PS Vita TV) on November 14, 2013, and has proven to be popular with consumers looking for a convenient, easy-to-use gaming system. Since its initial release, PS TV has continuously evolved through system software updates and content enhancements. Adopting the same chip sets and system software as the PlayStation®Vita (PS Vita) portable entertainment system, PS TV comes in an ultra slim size (6.5cm × 10.5cm), the smallest of all PlayStation® platforms that connect to a TV. In response to the demands from users in North America, Europe and the PAL region, SCE will introduce the system under a new name and color, and will deliver entertainment experiences only possible on PS TV.

Main features of the PS TV system are as follows;

SCE will continuously expand the world of entertainment through the PS TV platform by further enhancing its services and features.

I've been an avid gamer since I stumbled upon ZORK running in my local Radio Shack in 1980. Ten years later I was working for Sierra Online. Since then I've owned nearly every game system and most of the games to go with them. Not sure if 40 years of gaming qualifies me to write reviews, but I do it anyway.
You might also like
Developer CoverageLive Event Coverage