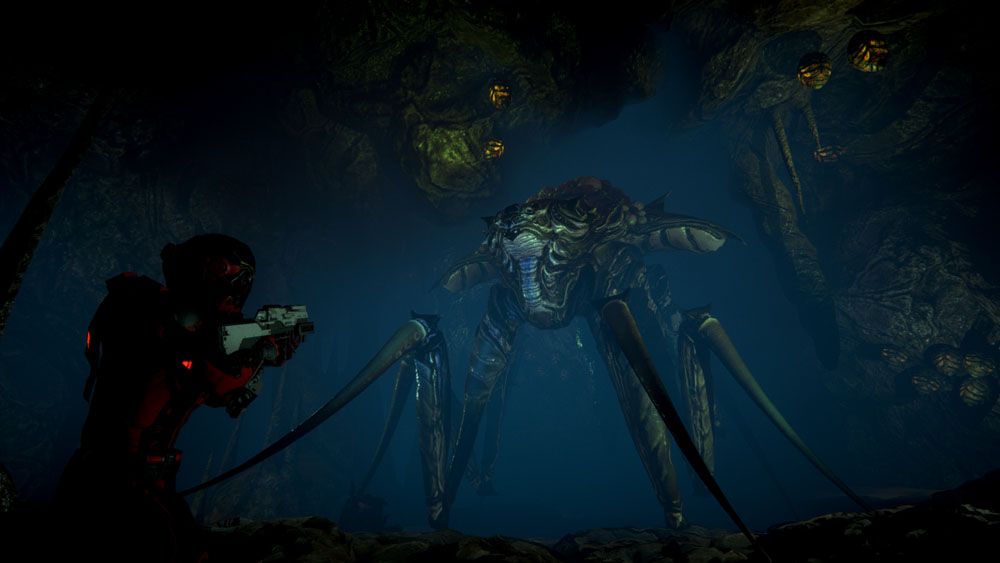 You may feel the need to kneel before the mighty new Queen Crab in Osiris: New Dawn.

The Proteus II Unearthed major content update features will include:

The Proteus II Unearthed free DLC update is now available. Winner of ‘PAX West Best Indie MMO’ from MMORPG and ‘PAX West Best Survival Game’ from MMOGames, Osiris: New Dawn is available on Steam Early Access for $24.99. To learn more details about upcoming content updates, join the mission of Osiris: New Dawn by following the game development on Twitter, “Like” the game on Facebook, and watch for the upcoming livestreams on Reverb’s Twitch channel.