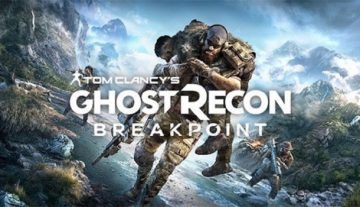 The open beta for Tom Clancy’s Ghost Recon® Breakpoint is now available on PlayStation®4 computer entertainment system and the Xbox One family of devices, including Xbox One X, and Windows PC. The open beta is an invitation for all players to try Tom Clancy’s Ghost Recon Breakpoint for free until September 29, ahead of the worldwide launch on October 4.

Developed by Ubisoft Paris*,  Tom Clancy’s Ghost Recon Breakpoint is a military shooter set in a diverse and hostile open world entirely playable solo or in up to four-player co-op. Players will discover Auroa, a mysterious island where the most technically advanced facilities meet wild and untamed nature. Home to drone creators, tech giant Skell Technology, Auroa has fallen into the wrong hands and all contact has been lost. The Wolves, a lethal ex–US Military unit of former Ghosts gone rogue, have taken over the island. Led by Nomad’s ex-brother-in-arms, Lt. Colonel Cole D. Walker, portrayed by Jon Bernthal, they have reprogrammed Skell’s drones into killing machines and are ready to use them, no matter the casualties.

For the latest news about other Ubisoft games, please visit news.ubisoft.com.