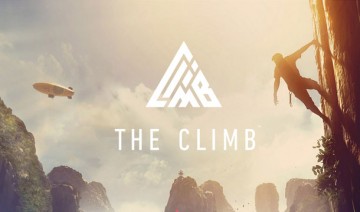 Prepare to conquer the wild like never before as Oculus Touch support comes to Crytek’s VR free solo rock climbing game, The Climb, on December 6.

Crytek revealed today that its incoming update for The Climb will integrate support for the new Touch controllers when they launch next week – giving players the freedom to scale VR cliffs with instinctive hand movements that mirror real-world climbing. With the addition of new leaderboards for each setting, the race will be on to master the game’s environments with Oculus’ intuitive new controllers.

The extensive game update will be free to everyone who owns The Climb, and also includes an expansive new setting inspired by the landscapes of Iceland. The wintry “North” location features snow-capped peaks, distant volcanoes, and a host of fresh challenges for players to get to grips with as they scale new heights, immerse themselves in the environment, or compete to set the best times in the world. In addition, the update introduces new player-customization options and a range of accessories designed specifically for the North setting.

The Climb’s free update will be available for players on December 6 via Oculus Home.