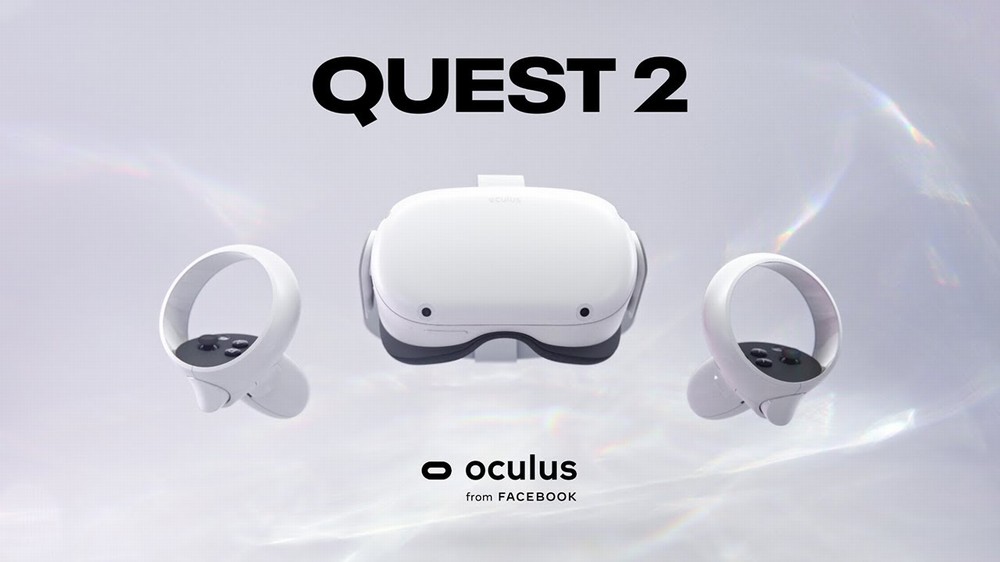 Rather than writing a full-scale review for the Oculus Quest 2 I’ve decided to just offer up my first impressions after my first 24 hours with the device.  There are plenty of other reviews already out there; it’s not like this is a new product, although it is new to me as it took some serious thought for me to buy this, and then I actually had to locate one after I decided I would.  I did not go into this willingly; more out of obligation to provide future VR coverage.  I have been a big fan of the Oculus Rift S since it released and I still am.  The only reason I finally conceded to purchasing the Quest 2 is because Facebook is discontinuing the Rift S this year, and game studios seem to be shifting their design focus to Quest games only.

The Oculus Quest 2 seems almost deceptively marketed with numerous features removed to keep the price point more tempting for newcomers only to pick your pocket after the purchase.  The most obvious price-determining feature is how much memory the headset has.  Since this is a standalone headset your games must be downloaded and stored on the device, unlike the Rift that simply uses whatever is on your PC.   While the $299 64GB version is more than adequate for now, games are getting bigger, and with no way to increase the storage I opted for the $399 256GB version…just to be safe.

Other quality of life features are also available for a premium price.  Out of the box, the Quest 2 has a head strap setup that seems more like a medieval torture device than something part of next-gen tech.  So make sure you add the $49 Elite Strap to your shopping cart when purchasing.  This basically replaces the flimsy straps with a firm plastic piece with a tension dial on the back – the same setup the Rift S has by default.  If you are coming from a previous headset like the Rift then you likely already have a library of games on Steam and in order to access those you will need a special cable.  Oculus is happy to sell you one for $79 or you can find a cheaper alternative almost anywhere for a third of that.  Yes, this will tether you to your PC with a 16’ cable, eliminating the freedom of a cordless device, but you will actually have access to hundreds of games on the PC instead of only dozens currently on the Oculus store. 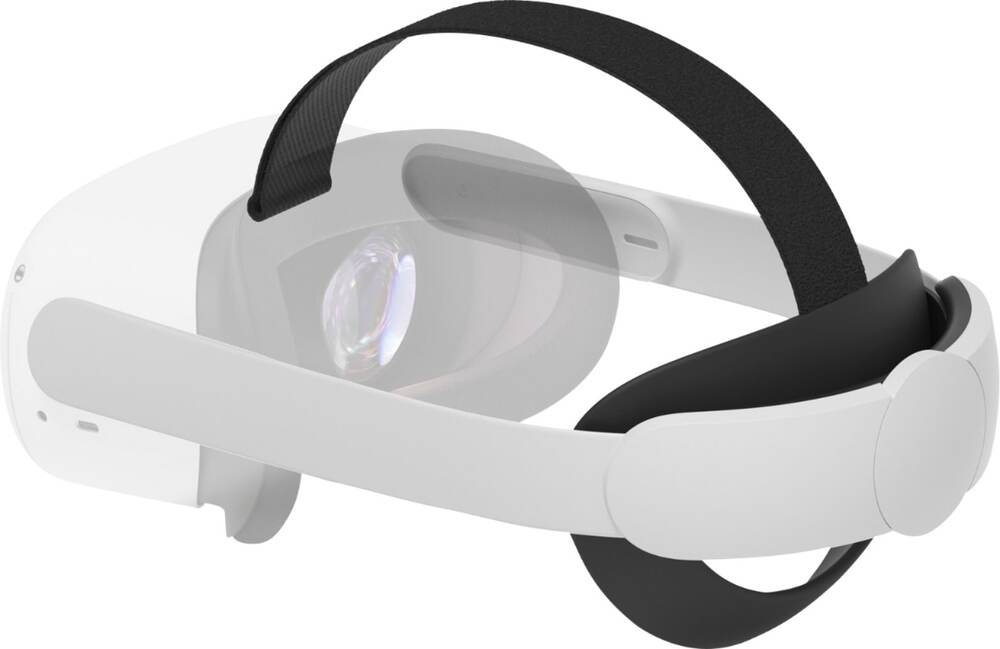 So by the time you buy all the extra stuff to make the Quest comfortable and fully functional you’re well over $400/500 depending on your memory choice.  I haven’t done the math, but I’m pretty sure there isn’t 256GB of content on the entire Oculus Quest Store.  I suppose you could use that extra space to download movies and other non-gaming content, but the 64GB seems the wiser purchase.

The other divisive feature is the now-mandatory linking of your Oculus account to a Facebook account.  Personally, I had no problem with this.  I consider myself a low-end Facebook user, so I had no privacy issues.  I understand those who might and I also can see the resentment of having to create an account JUST to use the Quest 2.  While this is a weak attempt by Facebook to bolster their subs they can’t force you to actually use their social platform, and I know several who created accounts just to activate their Quest 2 and never used Facebook again.

Getting started with my new Oculus Quest 2 was relatively uneventful.  I appreciated the nicely designed packaging where all the contents fit with puzzle-like precision.  Out of the box the Quest 2 was already around 90% charged, so I plugged it in to top it off while I unpacked the Elite strap and read the mini-setup guides.  First thing to do was basically disassemble the Quest 2 by removing the face adapter and unsnapping the existing head strap from the sides.  The Elite strap snapped right back into place and I inserted the spacer for glasses and reattached the foam face piece.  Even with the Elite strap the weight balance if off; especially compared to the Rift S.  You really have to crank the strap tight to pull the weight of the headset off your nose, but in my case this extra tension was being transferred to my glasses which was then transferred to my nose.  After multiple hours of usage I have yet to find a totally comfortable solution unlike my Rift S that I can (and have) worn for six hour stretches.  I was worried that the 2-3 hour battery life of the Quest 2 would be an issue, but nose pain has me quit playing before that becomes a problem.

After an intro video you need to install the Oculus app to your mobile device and pair that device to your VR headset.  While you can still access the store and your app library from within the headset, the mobile app is a nice external way of managing your content without having to put on the headset.  There are a few additional steps like pairing with your Wi-Fi, linking to a Facebook account, and using the controller to paint the borders of your play area.  This creates a safe zone for you to move around in, and if you get too close to a wall or piece of furniture you’ll get a visual warning.  It’s the same system you get with the Rift but probably more useful here since you have the freedom of wireless play. 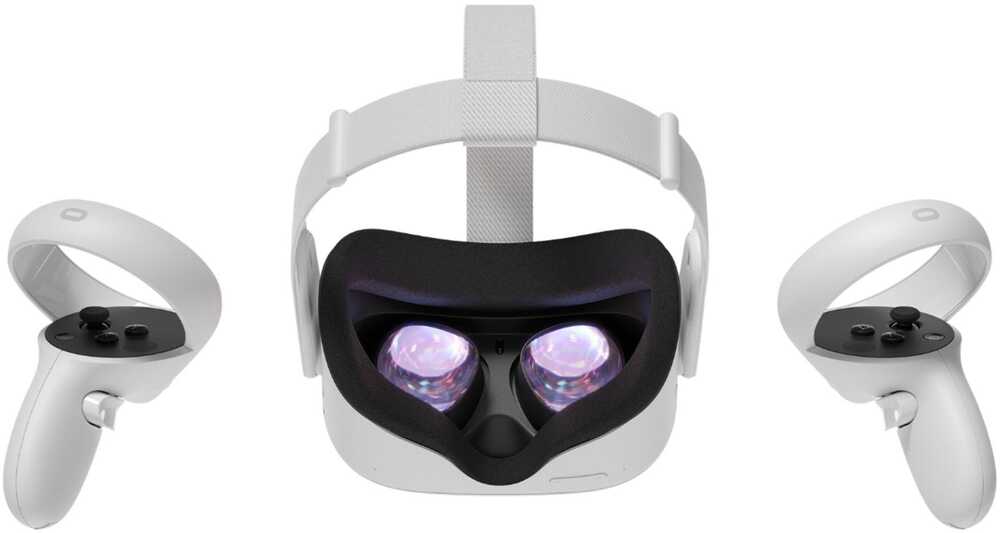 Now it was time to get some games installed on this thing.  I had no idea there were only three major Quest-exclusive games available at this time.  Star Wars: Tales from the Galaxy’s Edge was the first game released last November that gave me a slight case of FOMO.  This month’s release of The Climb 2 was the game that really tipped the scales for me.  I loved the original game and have spent more hours on my Rift S playing The Climb than all other VR games combined.  So those two games and Zombieland VR: Headshot Fever were the first new games to get added to my library, but while browsing the store I started seeing all these FREE games and realized that many games I had already purchased in my Oculus Rift store was being offered as a free download on the Quest store.  Nice perk!

Just for kicks I downloaded the first Climb game just to see how different it was from the Rift version. Having spent over 100 hours playing this on the Rift S I immediately saw some huge graphical and performance deficiencies with the Quest version…at least when the game actually ran.  The Climb constantly drops you out of the game.  The first time was picking my skin color, the second time was during the tutorial, and then my first climb within the actual game dropped me to the Quest home three times before I could reach the top.  It’s definitely something with this version because when I linked to my PC and played the Rift version on the Quest it was flawless.  Thankfully this is the only game that seems to have such issues; sadly it just happens to be my favorite VR game.

After playing the exclusive titles as well as half-dozen Rift originals re-downloaded to the Quest 2 I am not impressed.  You are limited to 3 IPD settings, none of which seemed to fit my needs, so text was often blurry.  There was also a lack of immersion with the game as the Quest headset seemed more apparent in my peripheral vision.  At first I was impressed with the built-in speakers, but once I started Zombieland I had to turn the game to max volume just to hear the dialogue.  Headphone will likely be necessary for future games; more expense and more discomfort. 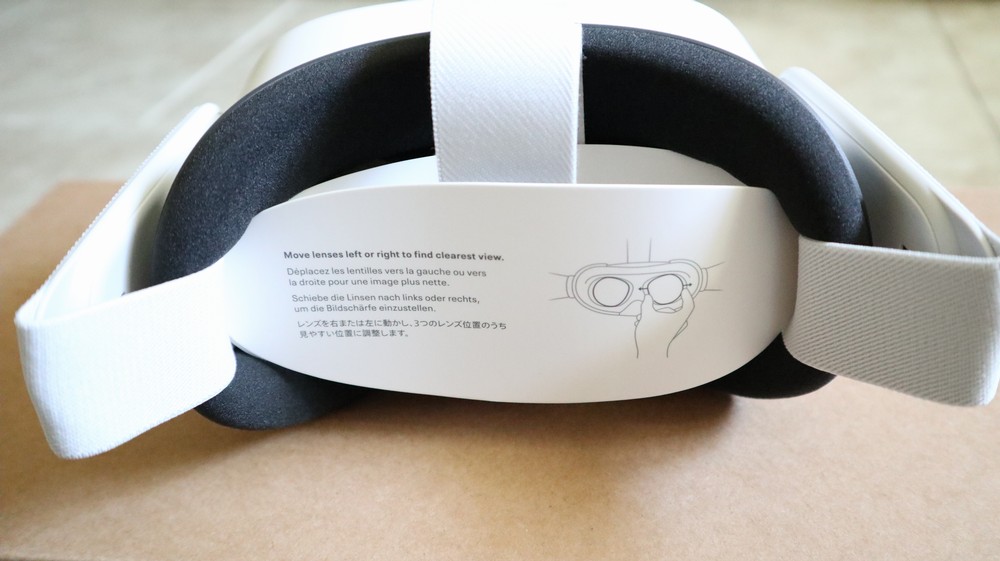 After the first 24 hours I feel like I was being forced to purchase inferior hardware just to play a few insignificant exclusives and to future-proof myself against Rift extinction.  I’m seriously considering returning the Quest 2.  Even after months of being available there is no compelling reason to own one.  Steam isn’t going anywhere and there are hundreds of Rift games available, so it might be time to double-down and purchase a spare Rift S.  They’re only $299 and you won’t have to spend another $100 to effectively use it, assuming you already have a high-end gaming PC.

My future with the Quest 2 relies on two games at this point.  If The Climb 2 gets announced for the Rift I’d likely ditch my Quest 2.  There is also another game, Lone Echo 2 that I have been waiting on for years now.  It was currently coming to Rift and I fear it might get redirected to the Quest in which case I would likely have to keep my Quest 2.  It’s sad when the value of hundreds of dollars of hardware becomes rooted in these $20-40 games.  We see the same thing going on right now with PS5 and the new Xbox; fancy new consoles and no games to play on them.  I hope the Oculus Quest 2 gets its act together, and I hope it does so before the Quest 3 is announced.  For now I will continue to use my Rift S as my main destination for VR gaming.

I've been an avid gamer since I stumbled upon ZORK running in my local Radio Shack in 1980. Ten years later I was working for Sierra Online. Since then I've owned nearly every game system and most of the games to go with them. Not sure if 40 years of gaming qualifies me to write reviews, but I do it anyway.
You might also like
Editorials & ArticlesGame Gear ReviewsOculus Quest

FlatOut 4: Total Insanity Developer Q&A
Be the first to comment!
Leave a reply »