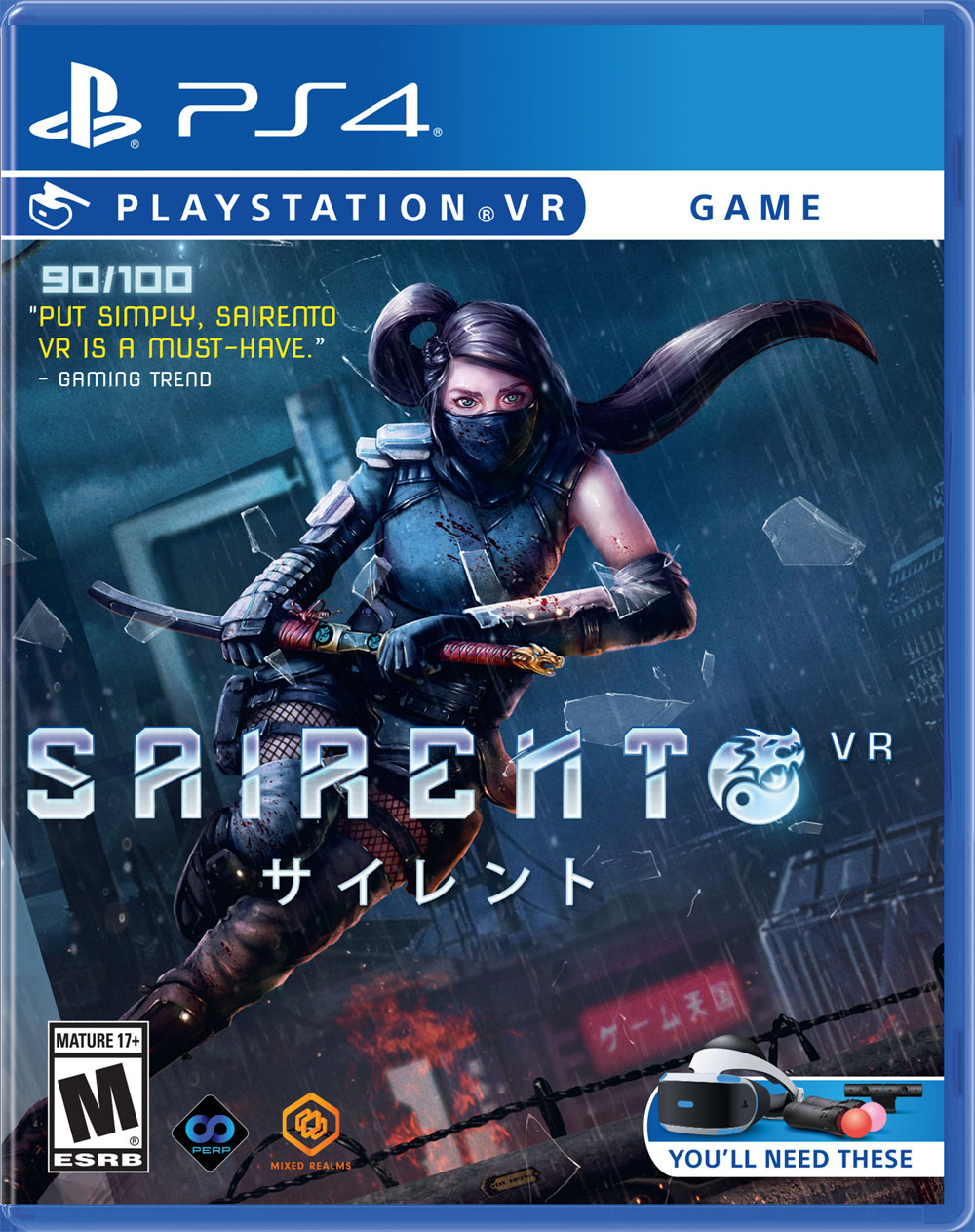 First-person hybrid shooter and sword fighting virtual reality (VR) game Sairento VR is coming to North American retail for PlayStation®VR on July 30, 2019. Sairento is currently the only VR game in which players can perform somersaults, multiple jumps, side flips, wall runs, and power slides as they hack, slash, duck, and weave through hordes of enemies. Developed by Mixed Realms and published by Perp Games, physical copies of the game will be available to pre-order soon for $39.99 USD through Amazon, Best Buy, GameStop and Target.

In Sairento, players join the ranks of the Silent Ones, a righteous but covert organization of seemingly ordinary people who practice the long-forsaken code and martial arts of the ancient samurais and ninjas. Some members of the order are turning into nano-infected shells of their former selves, and the player must uncover the sinister secret behind this malevolence to restore order to a reimagined futuristic Japan.

With a wide range of weapon types to test and upgrade, players can master both gunplay and sword fighting – even simultaneously, with the right relics. The ability to slow time in combat and to perform impressive acrobatic feats enables Sairento players to become the ultimate ninja.

Sairento VR is coming to North American retail for PlayStation VR on July 30, 2019 for $39.99, with pre-orders available soon. The game is rated M for Mature by the ESRB for Blood and Gore, Intense Violence and Strong Language. Two PlayStation®Move Motion Controllers are required. The PlayStation VR version will be fully compatible with foot motion controller 3dRudder.