GameMill Entertainment has announced Nickelodeon Kart Racers 2: Grand Prix, a new kart racing video game jam-packed with Nickelodeon’s most beloved icons, coming to Nintendo Switch, PlayStation®4 and Xbox One this October. Developed by Bamtang Games, this action-packed sequel expands on the original Nickelodeon Kart Racers with even more characters and tracks inspired by Nickelodeon’s fan-favorite universes, as well as improved visuals and online multiplayer for up to eight players.

Nickelodeon Kart Racers 2: Grand Prix lets you create the ultimate team with the largest roster of Nickelodeon characters in a kart racing game yet. Choose from 30 playable racers, including dance and music sensation JoJo Siwa, SpongeBob SquarePants, the Teenage Mutant Ninja Turtles, Korra of The Legend of Korra, Invader Zim, Hey Arnold!, the Rugrats crew, Lincoln of The Loud House and many, many more. Assemble a pit crew from any of over 70 bonus Nickelodeon characters and deck your kart out with parts inspired by their beloved shows.

Compete on 28 new and reimagined tracks (as well as two brand-new battle arenas), fill your slime bar to pull off jumps and more across a variety of game modes, and go up against your friends in four-player local split-screen and eight-player online races! 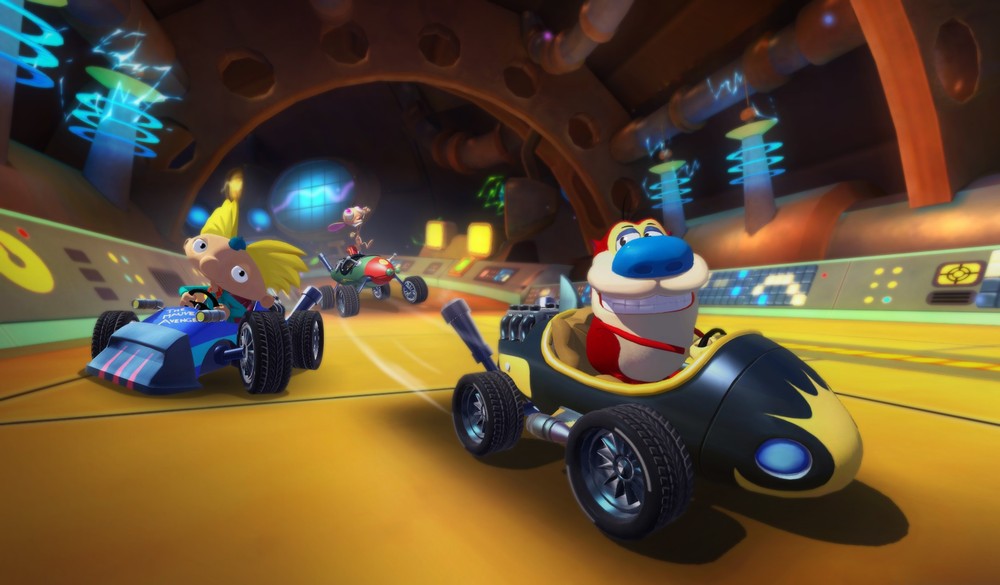 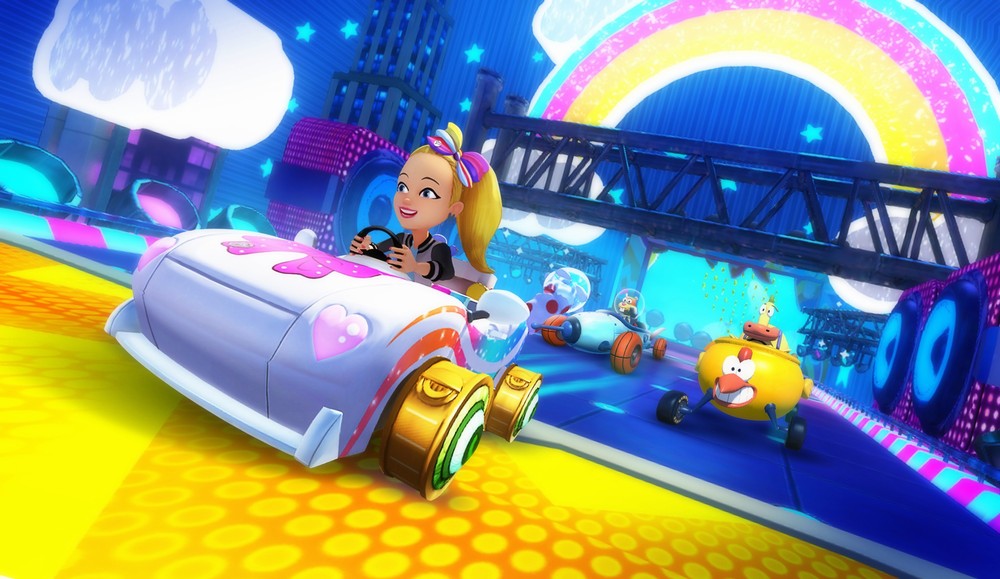 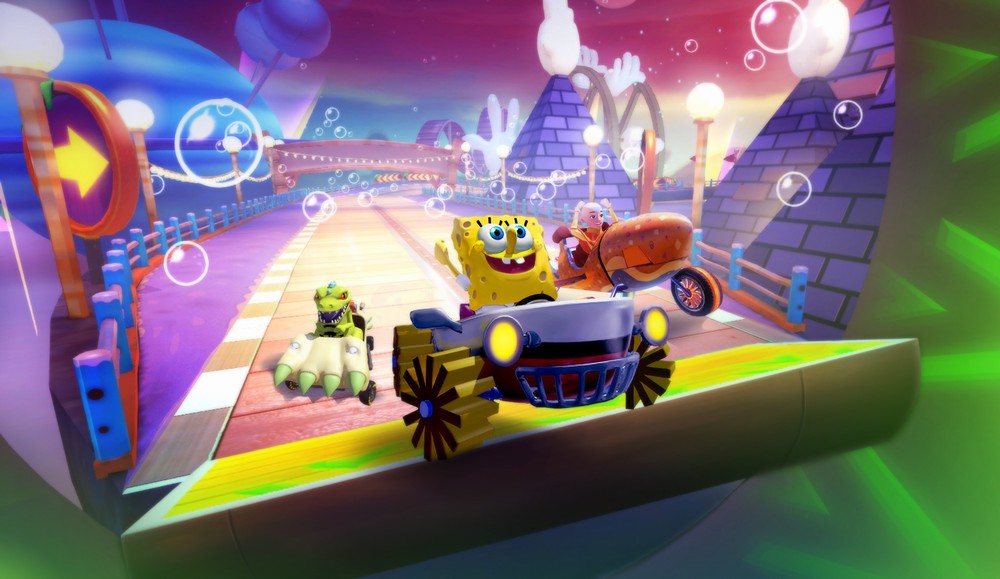 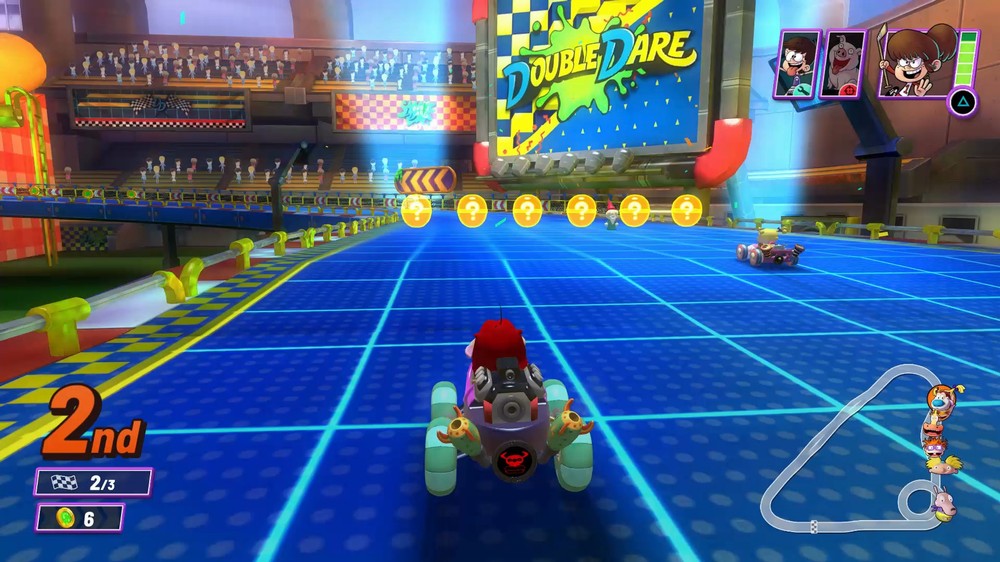 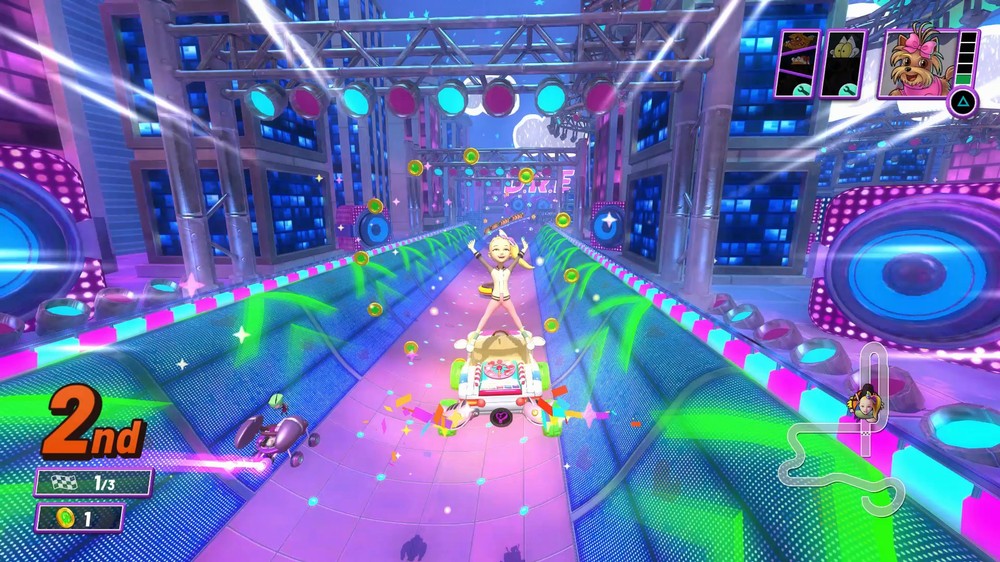 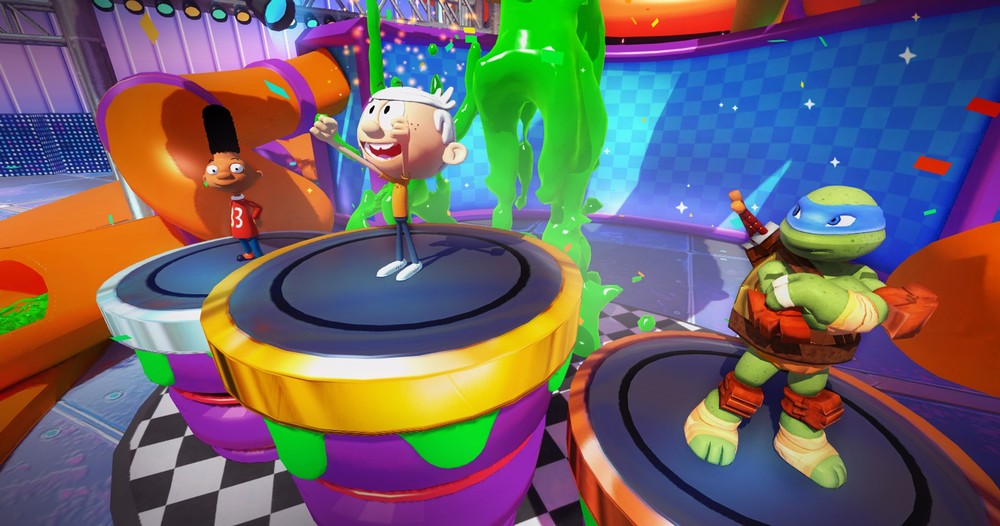