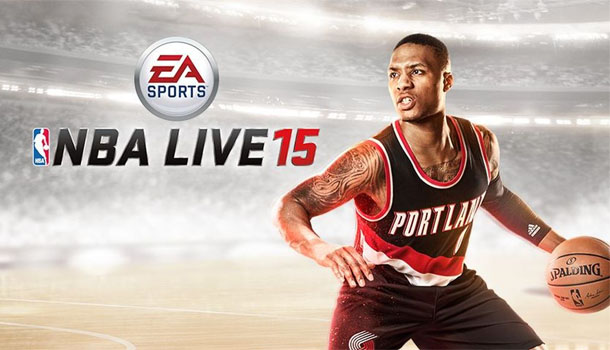 Coinciding with the tip-off of the NBA season, today Electronic Arts Inc. (NASDAQ: EA) officially launched NBA LIVE 15 for Xbox One, the all-in-one entertainment system from Microsoft, and the PlayStation®4 computer entertainment system. NBA LIVE 15 strives to capture the excitement of the NBA through incredible visuals, fun and responsive gameplay and innovative, connected modes like Learn LIVE and LIVE Season. Fans who purchase NBA LIVE 15 and connect online between October 28 and November 6 will also receive $30 of bonus packs in NBA LIVE 15 Ultimate Team*.

NBA LIVE 15 includes 500+ core gameplay improvements, delivering a truly fluid, fun and authentic basketball gaming experience that features complete overhauls in passing, shooting and dribbling. Simplified dribble controls make it easier than ever to pull off impressive moves, and enhanced passing and player locomotion lead to more fluid ball movement and better transitions in fast breaks. Brand-new shot quality and timing feedback systems help players better understand when they have a good look at the basket, as well as whether they’re releasing the ball too early, too late or right on time. All-new real-time physics on dunks and layups replicate some of the NBA’s most physical plays.

Reimagined visuals drop you courtside alongside the game’s biggest stars. Digital athletes draw a striking resemblance to their real-world counterparts, and react with excitement and emotion when big moments happen on the court. The scanning that makes players look so great has also been extended to shoes, jerseys, accessories and more, adding a level of detail never before seen in the series. 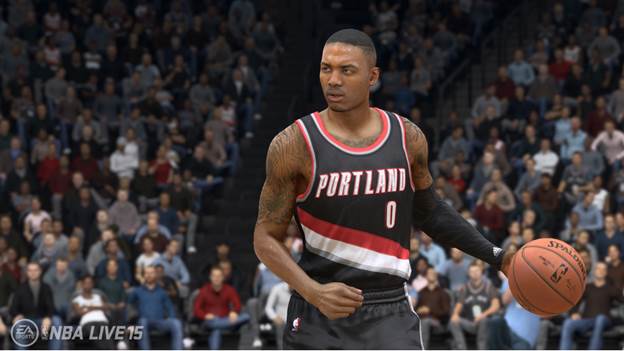 The fan-favorite LIVE Seasons mode returns this year, ensuring you’ll never miss a beat during the NBA season with new content updated daily, all season long. New Hot Spot Challenges within BIG Moments task players with replicating game-defining moments from real-world NBA games as closely as possible, while NBA Rewind lets you replay entire contests, jumping in and out whenever you like. Replicate (or stop) a big run from last night’s marquee matchup, hop in to take the game-winning shot, replay the entire game from tip-off to final whistle or anything in between. Content in LIVE Seasons is refreshed throughout the NBA Season, so there’s always something new to do.

“I’m so proud of what our team has accomplished this year, and am very happy fans are finally getting their chance to play NBA LIVE 15, “ said Executive Producer Sean O’Brien. “We know we’ve got a lot to prove, but I think this year’s game takes a big step towards getting the NBA LIVE franchise back to its place as one of the premiere sports video games out there.”

NBA LIVE 15 is developed in Orlando, Florida, by EA Tiburon and is available now for Xbox One and PlayStation 4. To learn more about NBA LIVE 15, visit http://www.easports.com/nba-live.