NAUGHTY DOG RELEASES THEIR FIRST-EVER SINGLE-PLAYER DLC WITH THE LAST OF US: LEFT BEHIND

Sony Computer Entertainment America LLC (SCEA) announced today the North American release of The Last of Us™: Left Behind, a prologue to the game’s single player campaign available exclusively for the PlayStation®3 system. Developed by the award-winning studio Naughty Dog, Left Behind is the developer’s first single-player-themed downloadable content after a long line of successful IPs including UNCHARTED™, Jak and Daxter™ and the Crash Bandicoot™ series on PlayStation®.

Left Behind explores the events and relationships that influence main character Ellie’s experiences that pick up from the events of The Last of Us, and set her on a path to uncover her strength and potential that are manifested throughout the main campaign of The Last of Us. In Left Behind, gamers will take control of Ellie, one of 2013’s most beloved protagonists, and explore her relationship with one person in particular – Riley, who is Ellie’s best friend and mentor. Left Behind follows the duo’s relationship attending military boarding school in the Boston quarantine zone after the infection and the choosing to fight for a rebel group called the Fireflys or stay in the government Quarantine. “In 2013, players across the world fell in love with Ellie,” said Neil Druckmann, creative director for The Last of Us. “She’s been described as a bold, courageous and endearing young woman who overcame extraordinary emotional and physical challenges.”

Game Director Bruce Straley said, “With Left Behind, we sought to flesh out the moment that transformed her into the Ellie you knew in The Last of Us. It is the story of the complex bond with her friend Riley and how the two end up on a fierce journey that will forever change their lives, giving new insight into Ellie’s character.”

The critically-acclaimed success for The Last of Us has spawned industry-wide recognition for its innovation in storytelling and gameplay, which includes over 200 global Game of the Year award wins, led by 10 wins at the 17th Annual DICE Awards – including Game of the Year, Outstanding Innovation in Gaming and Character Performance – where The Last of Us led in all nominations and wins. With additional wins that include the Writers Guild of America Award for Outstanding Achievement in Writing for Video Games, and Game of the Year wins in notable outlets such as IGN, USA Today, Mashable, Yahoo!, and E! Online, Naughty Dog continues to explore the themes surrounding loss, love and loyalty in Left Behind. 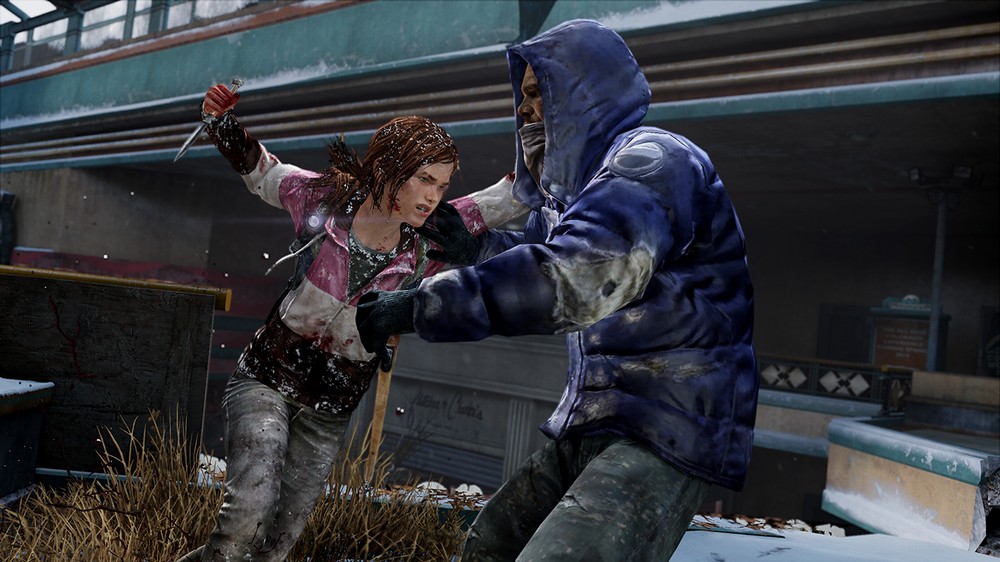 “A testament to the richest library of games in console history, The Last of Us delivered an unforgettable experience for PlayStation 3 owners,” said Asad Qizilbash, senior director, first party games marketing. “Left Behind is proof that PlayStation continues to thrive as an ever-expanding ecosystem for blockbuster games, innovative downloadable content and unique experiences.”

The Last of Us: Left Behind is available for digital download today on the PlayStation Store for $14.99. Season pass holders of The Last of Us will receive the Left Behind story expansion as part of their subscription.

The Last of Us, which launched in June, delivered an evocative journey of survival in a world radically transformed, set twenty years after a virulent pandemic spread by the cordyceps virus ravaged the course of humanity. The Last of Us is a gritty, realistic experience that explores the depths of humanity through main characters Joel and Ellie. The two are brought together by chance and thrust into life-changing circumstances. Their journey is rife with emotionally charged moments as the narrative centers on themes of survival, loyalty, love and redemption.