Over the past decade, soundtrack CD’s have become my favorite music genre; partly because music without lyrics is much easier to listen to while I do other things, and partly because it is a great way to relive the original game (or movie) experience. Much like a smell can trigger a specific memory, certain music cues can trigger your favorite moments from a past visual experience, and the soundtracks for Starhawk and Sorcery do just that. 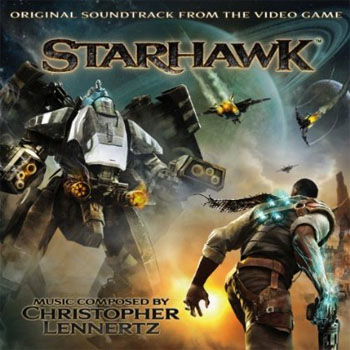 Starhawk is a unique title, both in its game design and its story premise, taking an interplanetary action-shooter strategy game and tossing in a bit of Wild West flavor not unlike one of my favorite Sci-Fi TV shows, Firefly. There is no mistaking the western influence in this outstanding soundtrack whose first few opening tracks all feature very traditional western guitars, harmonicas, and classic genre themes that could easily be mistaken for the soundtrack to Red Dead Redemption. As you make your way deeper into the 28-track list there is a subtle shift into some more sci-fi themed music with thumping bass beats and synthesizer parts, but award-winning composer, Christopher Lennertz (Mass Effect 3, Gun) always seems to work in a few bars of western flavor to keep the music rooted in the core theme of the story. Some of the music is calm and soothing while other tracks ramp up the energy, recreating vivid memories of action-packed space battles or intense planetside missions where I was defending a town. Whether it’s complementing the narrative cutscene panels or adding an aural punch to the blazing action, the soundtrack for Starhawk is as epic as the gameplay. 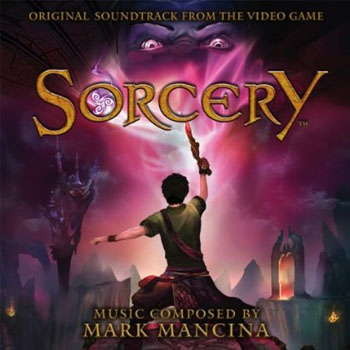 Sorcery is the PlayStation 3 Move game that Harry Potter wanted to be. It featured a young boy that you controlled by waving your magic wand (Move controller) around in very specific patterns to cast spells to defeat enemies and navigate lush fantasy worlds. The score that Mark Mancina has created for this game not only captures that distinct flavor of fantasy and magic, it does so while rivaling bigger budget soundtracks like The Lord of the Rings. Several tracks have that “big orchestra” sound and majestic themes while other melodies will have you reliving your favorite emotional story moments or intense spellcasting battles, and don’t be surprised to find a bit of refreshing Scottish influence in many of the tracks that gives the game a bit of added culture. The 28-track list is nicely divided into specific places and encounters including the climactic final encounter with the Nightmare Queen. Some of the tracks are a bit short, seeming to end just as they are getting started, but overall, the linear nature of the track layout and the evolving tempo and themes makes this soundtrack feel more like a movie score than one for a video game.

Both soundtracks are currently available at www.lalalandrecords.com and are also being offered on www.amazon.com/ individually or as part of specialty themed bundles. Whether you listen to music in the car, while walking, exercising, or just lounging around the house, Starhawk and Sorcery offer a great listening experience in your everyday life, and if you enjoyed playing either or both of these games then I highly recommend these amazing soundtracks as a great way to relive the excitement and sense of adventure in musical form.