Gears of War 4 – The Soundtrack Review 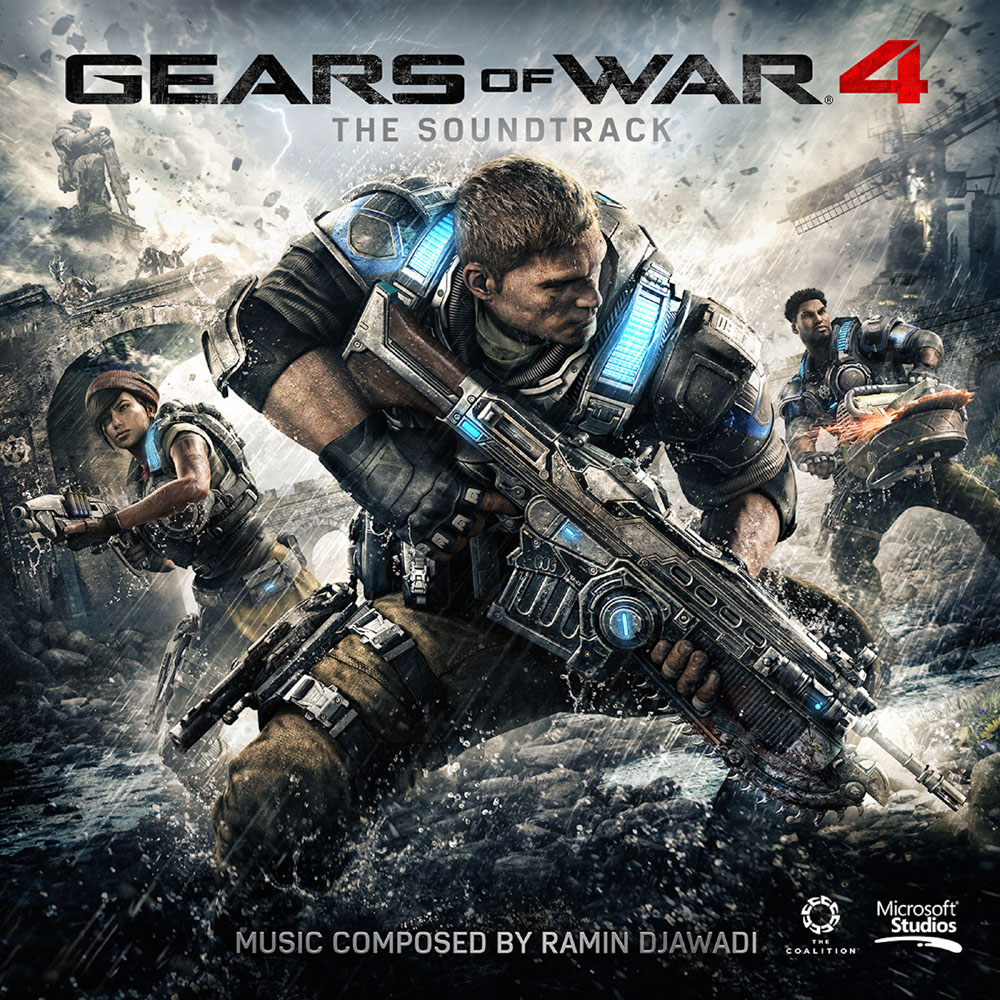 The fourth installment in the Gears of War franchise is upon us and along with it comes another epic soundtrack, this time from composer Ramin Djawadi whose music you may have heard in shows like Game of Thrones, Westworld, and the Warcraft movie that released earlier this year. With such an impressive portfolio you’d expect the new Gears of War 4 – The Soundtrack to be nothing short of epic and you wouldn’t be far off the mark. While there are a few stumbles during the 23-track run, for the most part the score does its job of vividly recreating flashbacks to those memorable moments from the game.

The soundtrack manages to evoke and overarching theme throughout while distinctively showcasing subtle nuanced moments from track to track.   You have soaring orchestration such as Prologue, the opening track that also accompanied the game’s opening cutscene that establishes the mood for the rest of the game.   Subsequent tracks like Anvil Gate and In and Out ramp up the tempo with a mix of instruments and electronics creating an almost hypnotic beat that continues into tracks like A Few Snags, and Windflare.

I was expecting the Main Theme track to steal the show but that honor goes to the 7th track, Taken, which borrows elements from the main theme and develops them into something highly emotional to enhance a key moment from the game’s story. The soundtrack comes full circle in the Finale that borrows upon the Prologue track and takes it one step further.

One thing that surprised me was that there didn’t seem to be any callbacks to the music or themes from the previous games. This was entirely original music, which may bother fans of the game looking for some musical connection to past experiences. Even so, the score we get is as epic as the game it supports with music that fuels the action and enhances the narrative and somehow remains memorable without ever becoming overbearing. Honestly, I couldn’t have told you much about the soundtrack if you had asked me about it after finishing the game, but hearing the score detached from the game sent all sorts of memories flooding back, even a month later.

If you’re a big Gears of War fan or just enjoy listening to robust musical scores that range from subtle emotions to pulse-pounding tribal-like beats then Gears of War 4 – The Soundtrack will certainly be a worthy addition to your musical library. You can find it now on digital and streaming outlets worldwide, including iTunes and Sumthing.com, or get a physical CD on Amazon.