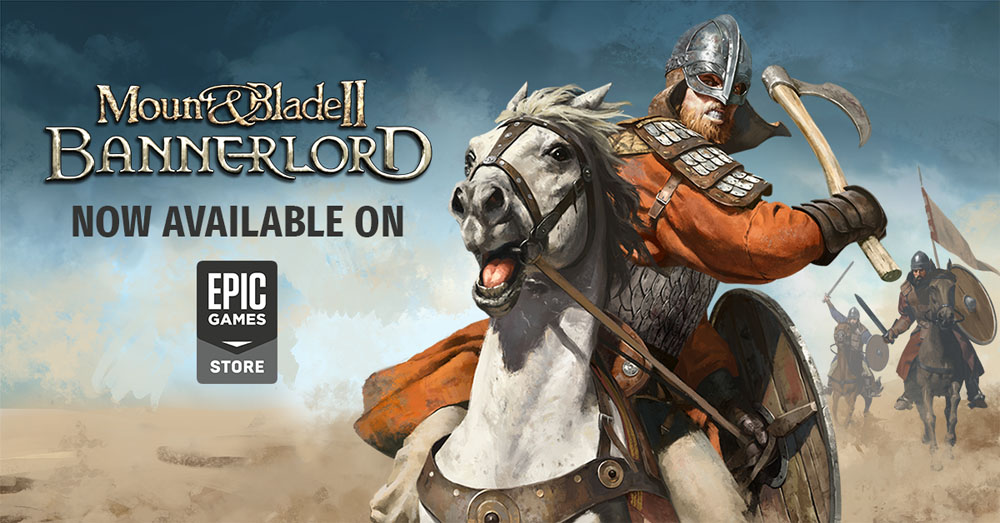 TaleWorlds Entertainment announces today that Mount & Blade II: Bannerlord is now available on the Epic Games Store. First released on Early Access on March 30th to the universal praise of critics and gamers alike (with an 87% approval rating on Steam), it quickly became one of the most successful games released on Steam of this year.

Applauded for its deep and engaging gameplay, its vast and alive world and the sense of freedom that is the mark of the franchise, Mount & Blade II: Bannerlord reaches the Epic Games Store at last with a 20% release discount. The game is also available from today with the same 20% off on taleworlds.com, Steam, and partner stores such as Humble Bundle or Greenman Gaming, etc.

Since its first Early Access launch, TaleWorlds has released dozens of patches and updates, not just fixing performance issues but also adding new content and features, paving the road for the months to come until full release. The studio just published a summary of the most important improvements and new content implemented since March 30; you can read more info about all the changes that have been released so far here.

Bannerlord is the sequel to the acclaimed Mount & Blade: Warband, one of the most successful and influential RPGs of the latest years (and considered by media outlets such as PC Gamer as one of the best PC games ever released). Mount & Blade has been universally praised for its deep gameplay, which combines action, RPG, and strategy in a sandbox world where every player creates its own story in the fictitious continent of Calradia. This follow-up, prequel to Warband, takes place 200 years before the Calradia we know from previous games. The Calradian Empire is on the verge of collapse, and several factions fight to control the remains of the old empire that once dominated the entire continent. In front of them, other factions try to take advantage of the chaotic situation to gain power.