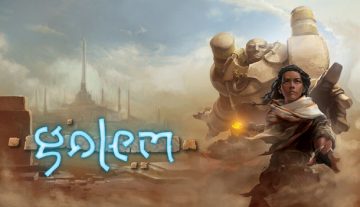 Though bedridden after a serious accident, protagonist Twine comes into possession of a Dream Stone which allows them to control massive stone golems – and much smaller friends –to discover the secrets of a labyrinthian and dangerous city, abandoned and closed off from the world by a magical barrier. The city holds treasure, artifacts and foes, as well as a deeper mystery connecting it to Twine’s family. Earnest exploration is balanced with fast-paced and punishing combat, facing ancient enemies that require a mastery of blocking, parrying and counterattacking to defeat.

Golem’s haunting soundtrack “Echoes of the First Dreamer” was crafted by award-winning composer Marty O’Donnell, creator of the Halo and Destiny soundtracks, and is included as a downloadable exclusive with the physical edition of the game.

Highwire has also recently confirmed that patch v1.02 will be releasing very soon. The patch addresses initial feedback on the movement scheme and will include additional movement options in addition to support for the PlayStation Nav Controller (one of the very few games offering support for this peripheral). Golem is rated T for Teen by the ESRB for Violence. PlayStation®Camera and one to two PS®Move controllers are required.