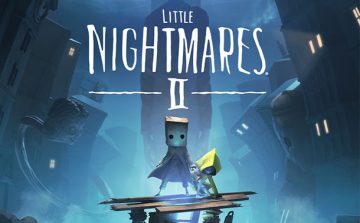 Today, BANDAI NAMCO Entertainment America Inc. has released a playable demo of the macabre and mysterious Little Nightmares II on PC via STEAM and GoG. The downloadable demo takes players on a dark and foreboding trip through The Wilderness. The demo will also be available on PlayStation 4, Xbox One, and Nintendo Switch at a later date. Little Nightmares II will be available in the Americas starting February 11, 2021 on current generation consoles and PC via STEAM, and later in 2021 for PlayStation 5 and Xbox Series X with a free upgrade for owners of the PlayStation 4 or Xbox One version.

The Little Nightmares II Wilderness demo sets the stage for the adventures and horrors to come for Mono, the young protagonist of the story. Players will dive headfirst into the first moments of the game, solving the first set of deadly puzzles and meeting companion character Six, the heroine from the first installment of the Little Nightmares series. Together, Mono and Six will work together to discover the dark secrets within the Hunter’s cabin, and elude fearsome and grotesque enemies as they head towards the Pale City.

Digital pre-orders are available now for the Little Nightmares II Standard Edition for the Xbox One, and for the Standard and Deluxe Editions of the game on the PlayStation Network, STEAM and GoG for PC starting today through the official homepage here; Nintendo Switch digital pre-orders will be coming soon. The Deluxe Edition will give players access to the Nomes’ Attic, a DLC for Little Nightmares II, a full digital soundtrack, composed by Tobias Lilja, a digital artbook, Mono and Six avatars, and Wallpapers for PC or a Dynamic Theme for PS4. All pre-orders will receive the Mokujin Hat for Mono as an added bonus.