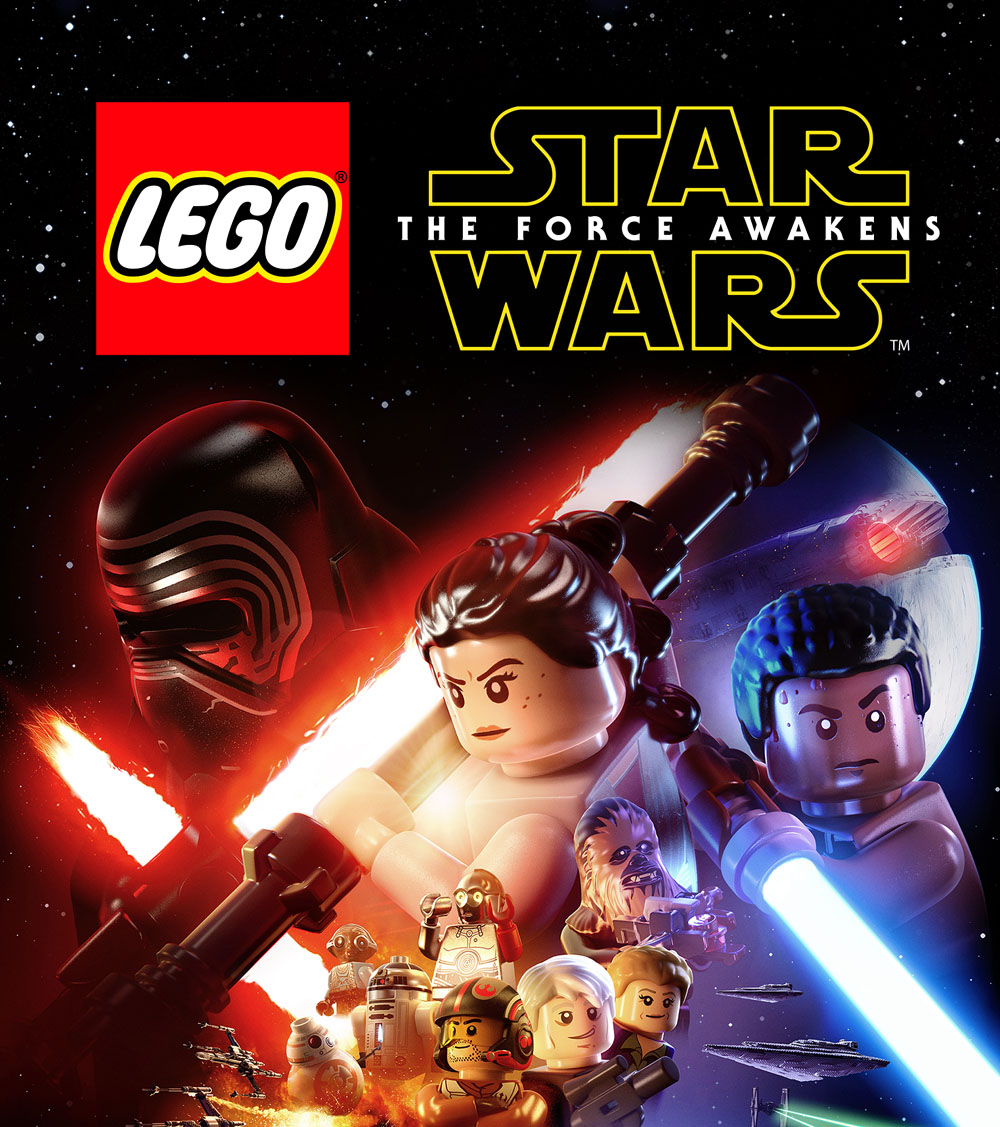 The No. 1 LEGO® Videogame Franchise Triumphantly Returns with an In-Depth Journey Through the Latest Star Wars Blockbuster

Experience New Story Content from the Star Wars Universe that Provides Deeper Insights into the Film’s Most Memorable Moments, while Allowing Players to Build, Battle and Fly Through the Galaxy Like Never Before

Warner Bros. Interactive Entertainment, TT Games, The LEGO Group and Lucasfilm today announced LEGO® Star Wars™: The Force Awakens™, marking the triumphant return of the No. 1 LEGO videogame franchise, allowing players to relive the epic action from the blockbuster film in a fun-filled, humorous way that only a LEGO game can offer. Launching on June 28, 2016, the game will introduce brand new gameplay mechanics to build, battle and fly through the galaxy like never before, as well as new story content exploring the time between Star Wars: Return of the Jedi and Star Wars: The Force Awakens, providing additional insight about the new movie and its characters. 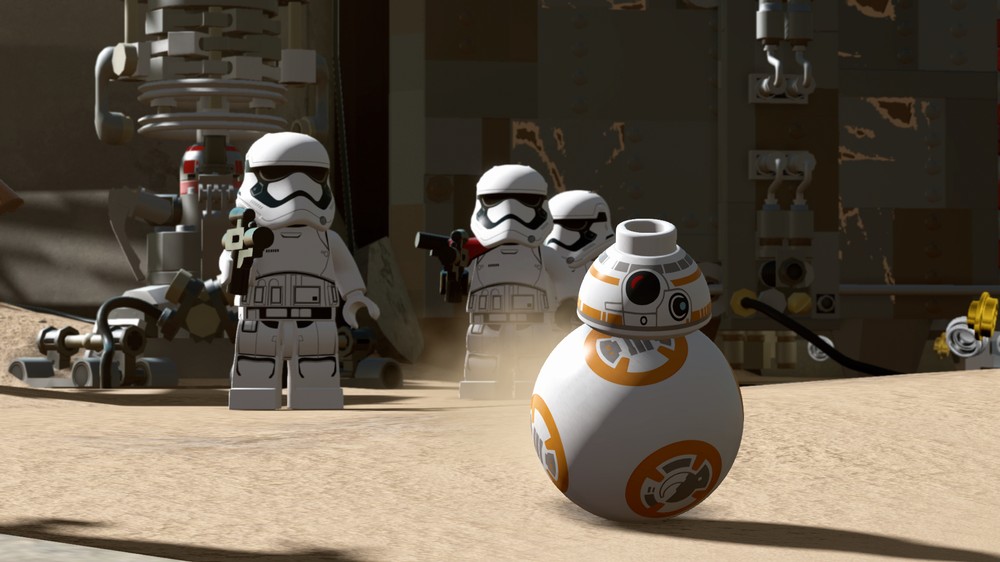 “We’re extremely proud of the LEGO Star Wars videogames, truly an incredible franchise that has sold more than 33 million copies and helped ignite a passion for numerous fun-filled LEGO games enjoyed by countless gamers around the world,” said Tom Stone, Managing Director, TT Games. “LEGO Star Wars: The Force Awakens will be pushing the series forward with innovative new gameplay mechanics, while also exploring new parts of the universe that are sure to excite and delight both LEGO and Star Wars fans, as well as newcomers to our games.” 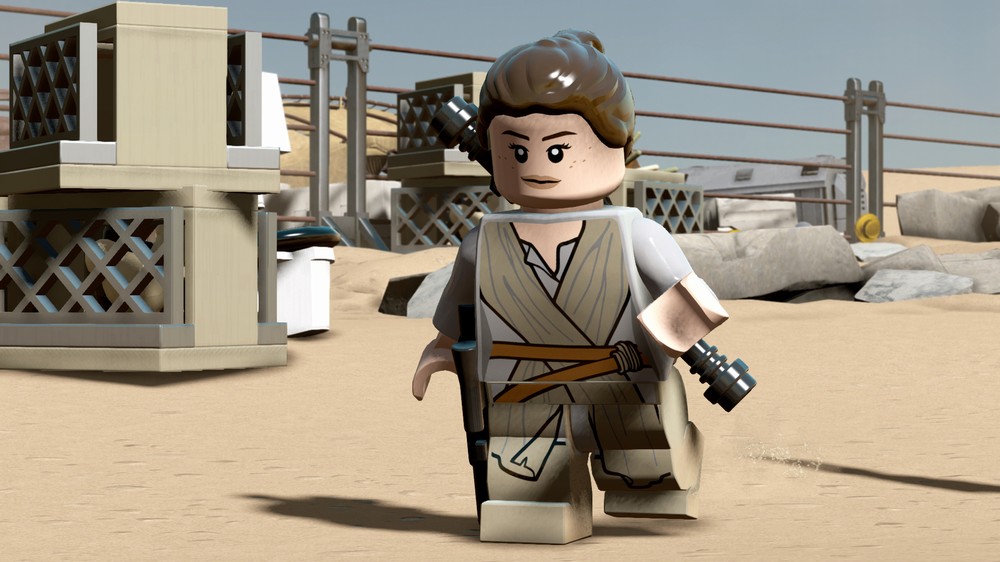 “We are thrilled to be bringing back the LEGO Star Wars videogame franchise, which kicked off such a beloved series of LEGO titles more than a decade ago,” said Ada Duan, Vice President, Digital Business & Franchise Management, Lucasfilm. “LEGO Star Wars: The Force Awakens allows players to experience the new film in a unique way that only TT Games can provide, combining signature humor with epic Star Wars action. With previously untold story content exploring new details about the movie and its characters, it’s a perfect fit for fans of all ages.”

“We are delighted to return to the Star Wars Universe and continue the journey with the franchise that started it all for LEGO videogames,” said Niels Jørgensen, Vice President, Digital Games for the LEGO Group. “LEGO Star Wars: The Force Awakens will offer an amazing gaming experience covering not only the movie but also exclusive content with all the fun and humor you would expect from a LEGO game, while delivering the epic Star Wars adventure fans expect.” 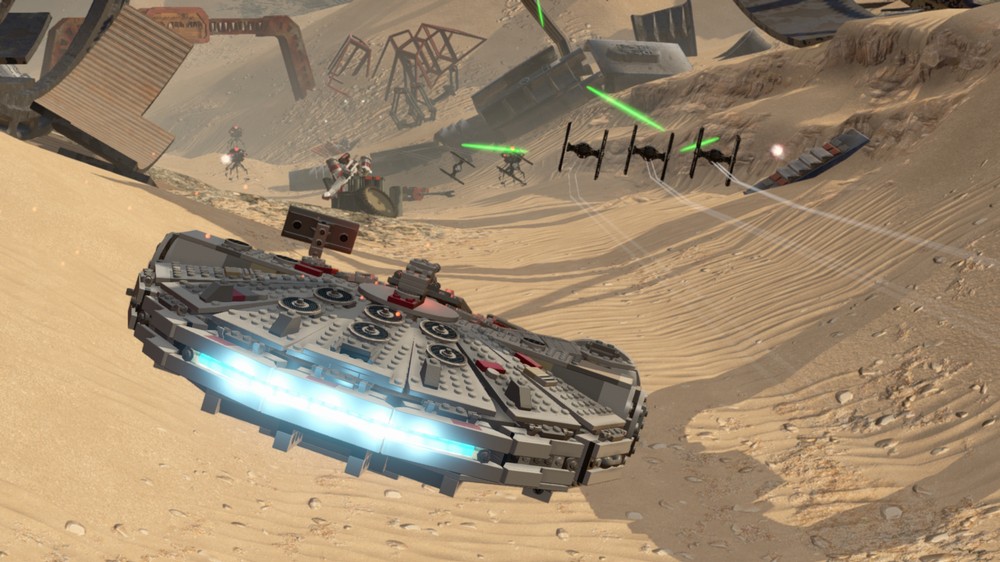 LEGO Star Wars: The Force Awakens takes players deeper into the new film than any other game with all of the heroic characters from the movie, including Rey, Finn, Poe Dameron, Han Solo, Chewbacca, C-3PO, and BB-8, as well as Kylo Ren, General Hux and Captain Phasma, while also exploring iconic Star Wars locales, such as Jakku and Starkiller Base.

This action-packed adventure introduces new gameplay features, including the enhanced “Multi-Builds” system, where players can choose from multiple building options to advance the game. Gamers will be able to engage in intense new Blaster Battles for the first time, utilizing surrounding environments to drive back the First Order. Fans can also experience the thrill of high-speed flight gameplay through arena-based battles and dogfights in space, while utilizing a multitude of vehicles along the way, including the legendary Millennium Falcon. 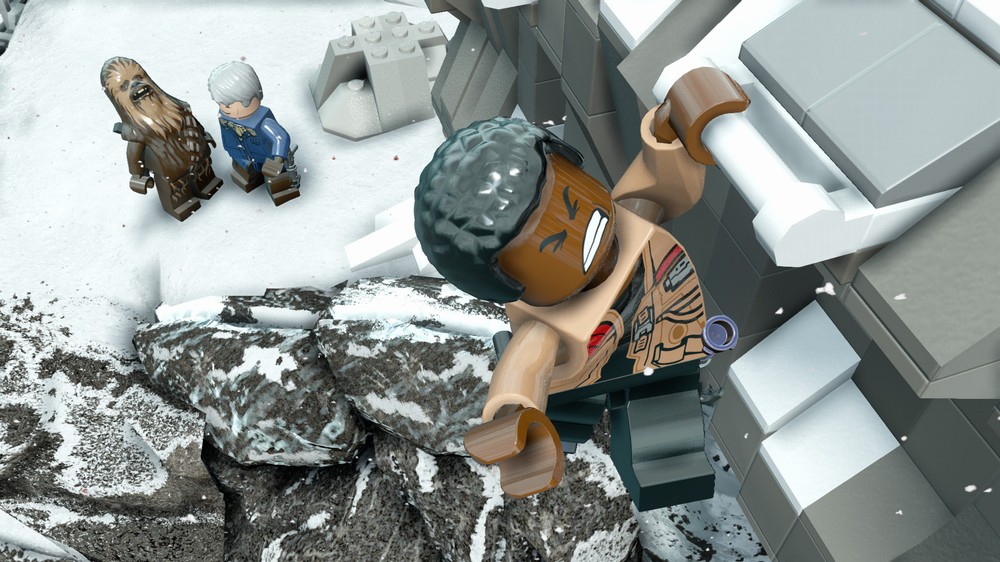 PlayStation 4 and PlayStation 3 players will have access to exclusive downloadable content, the Droid Character Pack and the Phantom Limb Level Pack. For information on LEGO Star Wars: The Force Awakens, visit the PlayStation Blog.

I've been an avid gamer since I stumbled upon ZORK running in my local Radio Shack in 1980. Ten years later I was working for Sierra Online. Since then I've owned nearly every game system and most of the games to go with them. Not sure if 40 years of gaming qualifies me to write reviews, but I do it anyway.
You might also like
legostar warsGaming News

LEGO The Hobbit Videogame Announced
Be the first to comment!
Leave a reply »