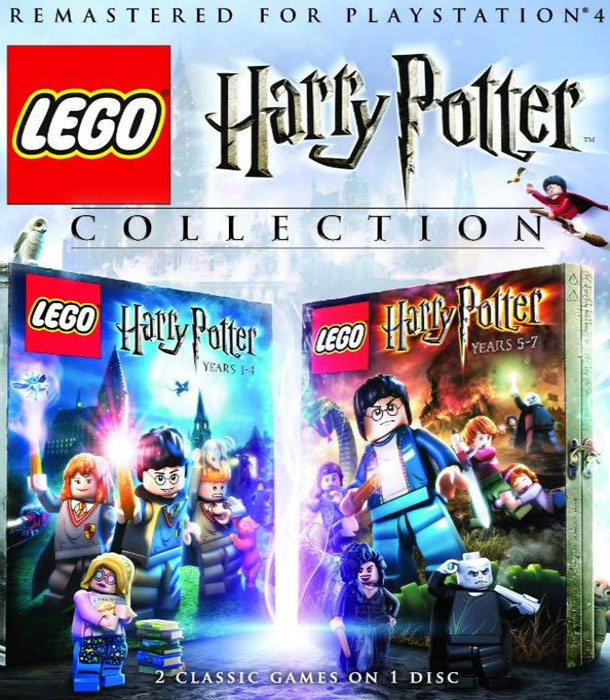 Developed by TT Games and published by Warner Bros. Interactive Entertainment, the LEGO Harry Potter Collection unites the creative prowess of LEGO® and the expansive world of Harry Potter with an exciting journey full of spell-casting, potion-making, puzzle-solving, lessons, dueling and much more for players young and old to enjoy. Gamers can now experience the entire LEGO Harry Potter adventure featuring content from seven books and eight films with enhanced graphics, environments, lighting and visual effects, along with two downloadable content (DLC) packs.

“The LEGO Harry Potter Collection is a wonderful opportunity to experience these magical LEGO adventures inspired by such beloved characters and iconic locations,” said Tom Stone, Managing Director, TT Games. “Through this compilation, players young and old can embark on a light-hearted, humorous and interactive journey through all of the Harry Potter books and films, sure to delight fans and newcomers alike.”

The LEGO Harry Potter Collection serves as a perfect holiday gift for fans of J.K. Rowling’s ever-expanding Wizarding World eagerly anticipating the upcoming film, Fantastic Beasts and Where to Find Them. Consumers can also relive the magic by purchasing the recently released Harry Potter Two-Disc Special Edition, complete with all eight films plus bonus content, available now at participating retailers. The LEGO Harry Potter Collection is rated “E10+” for everyone 10 and older by the ESRB and is now available for the PlayStation®4 system at a suggested retail price of $49.99.