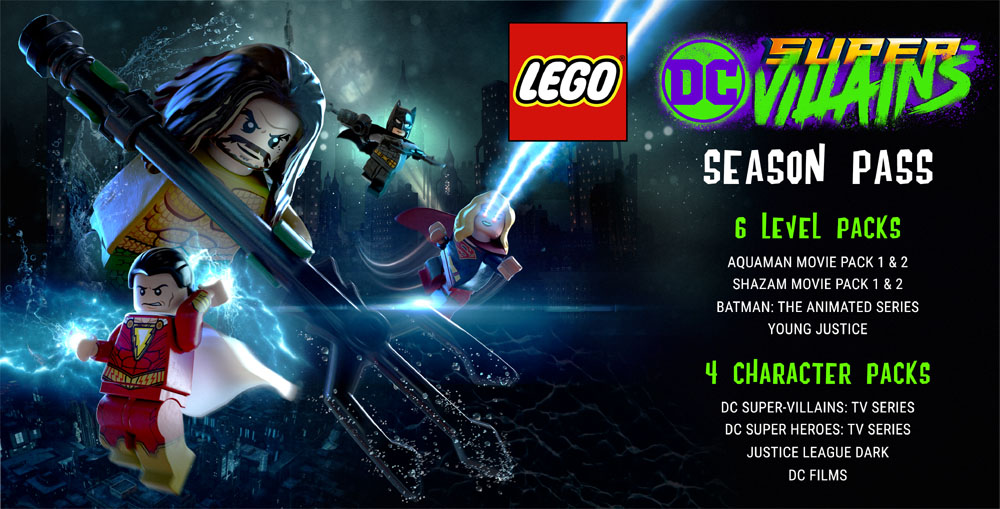 The Season Pass is part of the LEGO DC Super-Villains Deluxe Edition which features the main game and immediate access to the DC Super Villains: TV Series Character Pack. An exclusive LEGO minifigure, Lex Luthor Superman, also comes with the physical version of the Deluxe Edition, while digital consumers will receive the Justice League Dark Character Pack, inspired by the comic book series Justice League Dark.  The Deluxe Edition is now available for pre-order at $74.99 and the Season Pass will be available separately at $14.99.

LEGO DC Super-Villains is the first LEGO game to put players at the center of a villain-centric adventure giving them the ability to create and play as their own DC Super-Villain throughout the game. Their character becomes the center of the story, while teaming up with an iconic variety of villains to adventure through the hilarious and original story written in collaboration with DC. LEGO DC Super-Villains will be available October 16, 2018 for PlayStation®4 computer entertainment system, Xbox One X®, Nintendo Switch™, and PC.