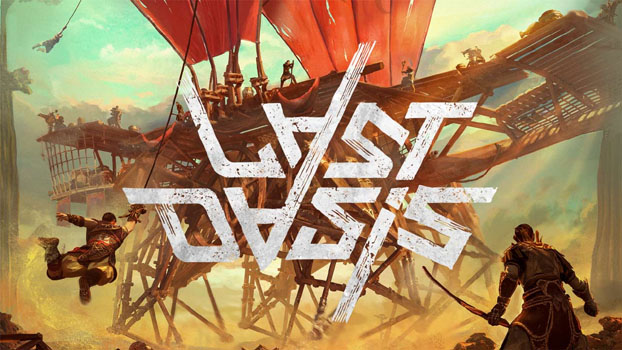 Independent developers, Donkey Crew, has announced today that Last Oasis will be sailing onto the Xbox Games Store in Q1 2021. The development team has also confirmed that their Nomadic Survival MMO will be launching on Xbox Series X|S and Xbox One with full cross-play support with PC.

Having already amassed a large player base and thousands of positive Steam user reviews since its launch into Steam Early Access earlier this year, Donkey Crew look forward to welcoming Xbox players into the growing Last Oasis community in 2021. The critically-acclaimed Sandbox Survival is being fully optimized for Xbox One and Xbox Series X|S. Updates on all platforms will also be synchronized, moving forward, so there’s plenty for Xbox fans to look forward to.

Donkey Crew has also revealed today that Season 2 will begin in Last Oasis this Sunday November 22. All the latest features have been tested rigorously by the Last Oasis community via the game’s Beta Branch on Steam and have been greeted with rave user reviews. The introduction of Season 2 will also involve a full server wipe. All the latest information on Season 2 can be found, here, in the dev team’s latest post.

Last Oasis is set on a devolved, post-apocalyptic future Earth. A cataclysmic event has halted the planet’s rotation, splitting it into two extreme and deadly environments. Only a narrow region between the burning and freezing halves of the planet can support life. The last human survivors must outrun the scorching Sun to survive in a massive Open World.

In order to keep moving, the remnants of humanity have built nomadic machines, and a walking city called the Flotilla. Nomads traverse the world on Walkers: wooden, wind-powered land ships, inspired by Theo Jansen’s amazing strandbeests, that can be adapted for travel, transportation, harvesting, and combat. The remnants of humanity survive only by sending unwilling Nomads into the passing oases to face warring clans and gather the necessary resources to keep moving. Not many return alive.

Xbox players can join the Last Oasis community now by following @OasisNomad on Twitter. They are also encouraged to join fellow Nomads on the official Last Oasis Discord channel for regular development updates.