Lara Croft – Unveiled for 2002
Lara gets some new clothes and a new game.

Don’t get excited. The title of this article in no way refers to the elusive and still non-existent “nude patch”. It does however refer to today’s global grand unveiling of Lara and her new image. Speculation and rumors have been flying around the “net” since Lara’s apparent demise in the climactic sequence of 1999’s Tomb Raider: The Last Revelation. Is Lara alive…is she dead…is the next game a sequel…a prequel…what platform will the new game(s) run on…what will the new Lara look like, and the list goes on.

Special events in both London and San Francisco reveal Lara and her new look, which turns out to be…err…not that new after all. Lara’s triumphant return is marked with a fresh makeover that can best be described as a “wardrobe change” rather than a facelift. Early reports (or rumors) ran the gambit of Lara getting a “breast reduction” to using the power of the PS2 to have “real world physics programmed into her bouncing trademarks”. 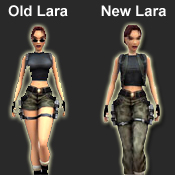 As you can tell from this comparison image, Lara’s new outfits are a bit darker, possibly influenced by the recent movie and Angelina Jolie’s wardrobe, and they cover a bit more skin. While the latter may cause the adolescent crowd to moan in dismay, I applaud Core Design’s decision to dress Lara in clothing more suitable to someone in her chosen line of work. After all, you don’t want our heroine jumping bottomless pits, dangling from rocky walls, or killing endless hordes of bad guys wearing clothes you’d find on a Hooters waitress. 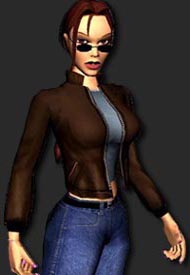 Lara Croft: Tomb Raider – The Angel of Darkness, Lara’s newest adventure will find our favorite explorer wearing more casual clothes including jeans and a leather jacket. Lucas lawyers and Indiana Jones fans can settle down – there are no plans for a fedora or whip just yet. Lara’s wardrobe will be both tasteful and functional, adding an air of realism to the character and bridging the gap between the computer game and movie characters.

Even though Lara is going to be covered in more clothes this time around, her other Barbie doll attributes ultimately remained unchanged. “We looked at many scenarios and decided that to change her key attributes would be fundamentally wrong,” says Core’s Adrian Smith.

While the scope of Lara’s next adventure and how it fits into the existing saga remains pretty much unknown at present, we do know that this time around she’s accused of murder and “suddenly everything we know about Lara works against her,” Smith says. “She’s very much being the pursued.” It is a darker world that will exercise your mind as well as your reflexes. Lara will gain strength, speed and other skills, and interact more fully with other characters.

Those of you planning to join Lara on her next outing should be forewarned that Angel of Darkness and future Lara Croft adventures will only be appearing on the PC and Sony’s PlayStation 2. No reason has been given for the exclusion of the Xbox and GameCube platforms as of yet.

The good news for fans is that Lara appears to have a long future ahead of her. A document called the Croft Chronicles has been created that is essentially a 1,000-page outline with enough action for four more games.

The official Tomb Raider website goes online March 21, 2002, so make sure you check it out for all the latest info. Meanwhile, I will take this opportunity to officially announce that I will be doing a complete online strategy guide for Lara Croft: Tomb Raider – The Angel of Darkness.

With over 600 votes, this title has sparked the most interest of any game in the six years I’ve been writing walkthroughs. And since Lara is the girl that launched my web career I only owe it to her and the fans to write a game guide. Look for a site design coming online in November with a completed guide sometime in December. Meanwhile, enjoy these early PS2 screenshots. 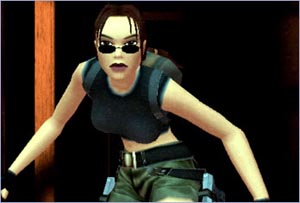 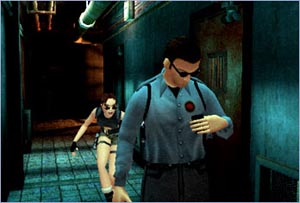 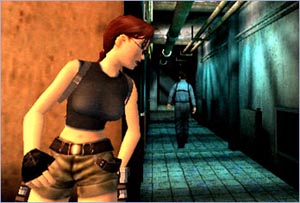 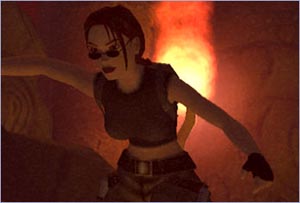 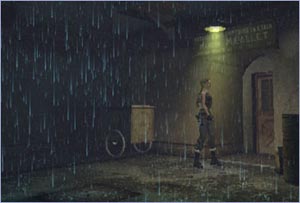 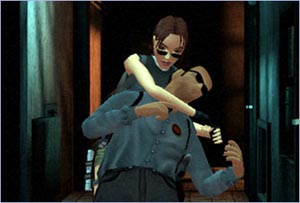 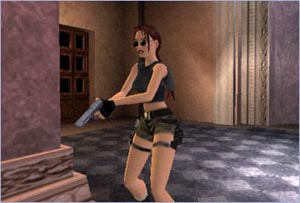 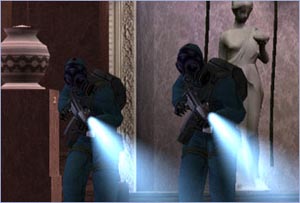 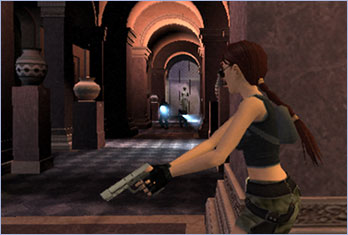 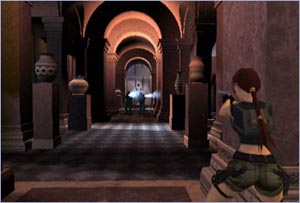