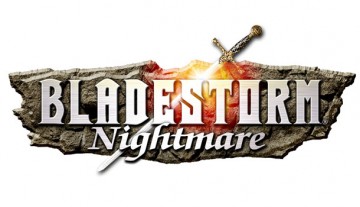 In Bladestorm: Nightmare, players take the role of a mercenary choosing to fight for either England or France in missions inspired by the real events and battles of the Hundred Years War era (1337 – 1453). Successful mission completion will put the player’s fighting prowess, strategy, tactical ability and leadership skills to the test. The Mercenary rides to the field as the commander of an army unit chosen to fit each individual situation—some missions are better fought with foot soldiers, others with lances, archers, light cavalry, or a combination of melee, ranged and mounted units.

“Bladestorm: Nightmare will transport players to one of the most turbulent eras in history as they exercise strategy and tactics in real time to determine the outcome of the Hundred Years War,” said Amos Ip, SVP and General Manager of KOEI TECMO America. “With an improved battle system allowing immediate control as action unfolds, the player is fully in control of all aspects on the battlefield.”

The updated battle mechanics in Bladestorm: Nightmare allow for simultaneous control of up to four army units, increasing the game’s strategic edge. Units can be repositioned at any time and ordered to take certain actions such as attacking from specific angles or holding a position to aid in mission success. The player can choose to command any unit in real time, combine them in a 200-soldier troop for a charged attack, or issue orders to any of them using the battle map interface.

Players can choose to experience a realistic depiction of the Hundred Years War period through the game’s normal mode or explore a fictitious original narrative in the new ‘Nightmare’ mode. In Nightmare mode, the war between England and France is interrupted by a mysterious horde of outlandish creatures apparently led by an evil form of Joan of Arc. England and France must momentarily join forces to battle the malevolent army, which is comprised of numerous types of Dragons, Giants and Demons. Nightmare mode also allows the player to take control of an additional 32 playable characters based both on fictional and prominent historical figures. With their assistance, the player must attempt to control the demonic armies, restore Joan of Arc to her former self, and save the world from evil.

Developed by Omega Force and published by KOEI TECMO America, Bladestorm: Nightmare is available for $59.99 on PlayStation 4 and Xbox One and $49.99 for the PlayStation 3. This title has been rated T for “Teen” by the ESRB.

For more Bladestorm: Nightmare news please follow us on www.facebook.com/koeitecmous or @KoeiTecmoUS and visit koeitecmoamerica.com/bladestormnightmare.