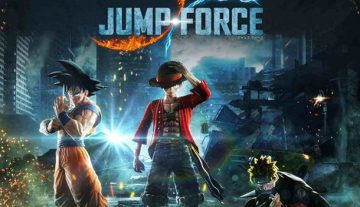 BANDAI NAMCO Entertainment America Inc has announced that JUMP FORCE will launching February 2019 for the PlayStation®4 computer entertainment system, Xbox One, and PC via STEAM®. The game will launch with a Season Pass offer that adds nine new characters to the game’s impressive lineup as well as a Collector’s Edition which will come with an exclusive diorama statue that includes the three main heroes from the game; Naruto, Luffy, and Goku, as well as other exclusive items. Pre-ordering the game will also give players access to three exclusive costumes. JUMP FORCE is a celebration of the 50-year anniversary of the Japanese Weekly Shonen Jump manga featuring iconic manga characters from classic franchises including DRAGON BALL Z, ONE PIECE, NARUTO, and more!

The JUMP FORCE Collector’s Edition will have a MSRP of $259.99 and include the following items:

A closed beta test is scheduled for JUMP FORCE October 12-14th for the Xbox One and PlayStation 4 computer entertainment system. Registration for the closed beta test will run from September 20-October 7th at the following URL: https://www.bandainamcoent.com/news/jump-force-closed-beta