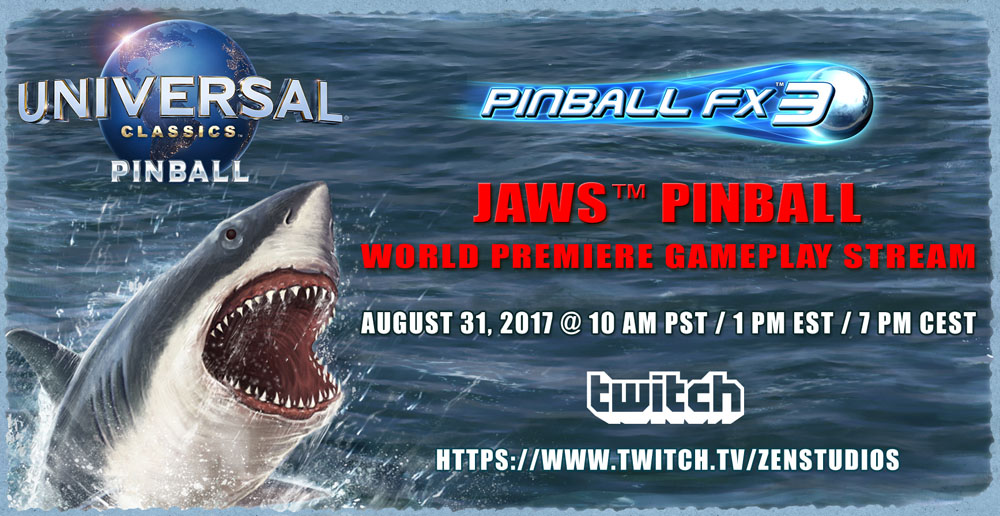 Just when you thought it was safe to go back in the water…take on the terrifying great white shark in Jaws™ Pinball! Based on the blockbuster film, this virtual pinball experience lets you relive your favorite moments with a gameplay twist. Turn the tides by playing as the shark in several game modes or start modes based on select movie scenes!

Jaws™ Pinball will release in the upcoming Universal Classics™ Pinball collection for Pinball FX3 on PlayStation 4, Xbox One and PC, and for Zen Pinball on iOS, Google Play and Mac. The collection also includes tables based on Back to the Future™ and E.T. the Extra-Terrestrial™

We invite you to join Zen Studios on Twitch for the world premiere gameplay stream @ 10am PDT / 1pm EDT / 7pm CEST. 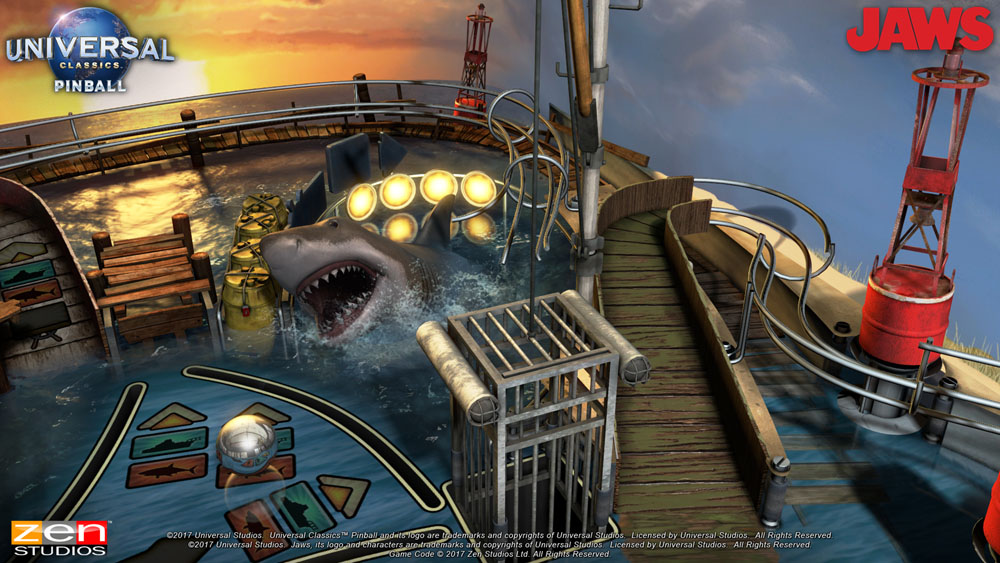